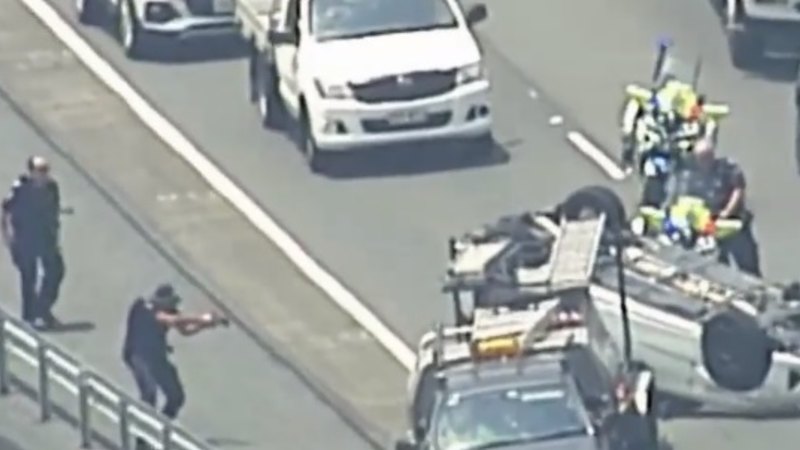 The man drove the car from Hervey Bay to Maryborough before heading towards Gympie and he continued to travel south on the Bruce Highway.

Police began to chase the pair just after midday on the Bruce Highway at Forest Glen before the stolen vehicle rolled when it allegedly side-swiped another car at Beerwah.

The victim in the other vehicle was taken to the Sunshine Coast University Hospital as a precaution.

Police officers on scene had their guns drawn while they dragged an alleged carjacker from an overturned car through a smashed window and arrested the pair.

A 27-year-old Seaforth man has been charged with multiple offences, including unlawful use of a motor vehicle, common assault and possession of a shortened firearm.

A 24-year-old Mackay woman has been charged with two counts of unlawful use of a motor vehicle, one count of robbery whilst armed and in company and common assault.

Both will appear in the Maroochydore Magistrates Court on Saturday.