Baster signs off with last stride winner at Sandown 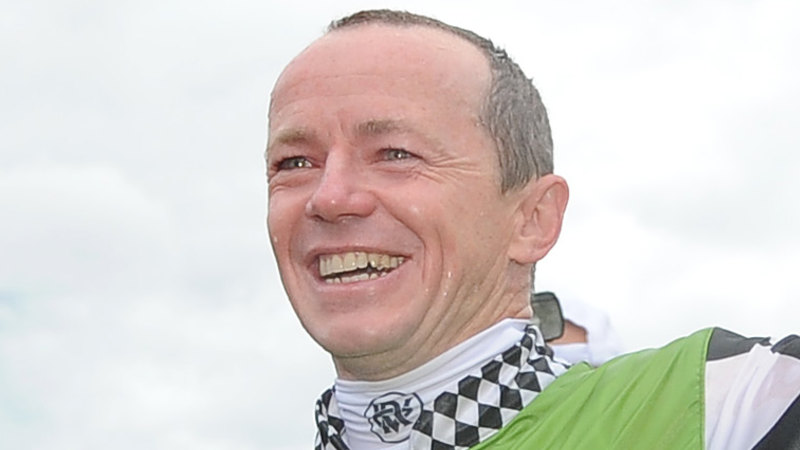 When the verdict was announced there were loud cheers and fist pumps, the first from the regular racegoers, who have appreciated Baster’s skills for nearly three decades, the latter from connections delighted to see their seven-year-old gelding book his ticket to a crack at Dubai’s rich support races ahead of the World Cup carnival early next year.

For McGill this was almost as emotional a moment as it was for Baster, who embarks on his new career in real estate with McEwing and Partners on the Mornington Peninsula on Monday.

“Me and Steve were both apprenticed to Mark Riley, and it was a special moment for me when he rode the first city winner for me, let alone to do it like this, put the icing on the cake, it’s fantastic,” said McGill.

“He was a little bit flat footed when they first sprinted, but he was really strong through the line.

“Steve rode my first Saturday city winner  and we are neighbours as well.”

Baster was delighted – and relieved – that it had ended on such a high note.

“It’s just amazing. It was a bit of a fairy tale really. I probably didn’t imagine him winning to tell you the truth. I was just happy to be riding him for my last ride, with the Mark Riley and Logan McGill connection.

“It’s been a great day, and I had a ride for Gai [Waterhouse] as well,” he said, referring to the champion Sydney trainer with whose Melbourne satellite stable he has had a long association.

“I have not seen so many people come out before at Sandown so it was brilliant.

Not watching his weight will be a highlight of Baster’s new life.

“I don’t have to diet now after 28 years, but I don’t do it anywhere near as tough as most of the boys, it will be nice not to have to get on the scales.”

Asked to pick out three career highlights, he had no hesitation in nominating a trio of his group 1 winners.

“Mookta winning either of his group 1s, as I was claiming three kilos then. Awesome Rock after losing the Australian Cup on protest and coming out and winning the Mackinnon was massive. And Pinot in the Oaks was huge.”

Meanwhile, Godolphin sprinter Viridine had form around some of the best short course horses in the country, but the fact that he had been out of the placings in his last five starts meant that punters were reluctant to get on board.

The Craig Williams-ridden galloper drifted from an opening quote of $5.50 to start at $8 in the listed Doveton Stakes but that didn’t stop him powering home to win by three-quarters-of-a-length from the $41 shot Mystyko.

“For me, I always had this thing that the skill of the musician is to …