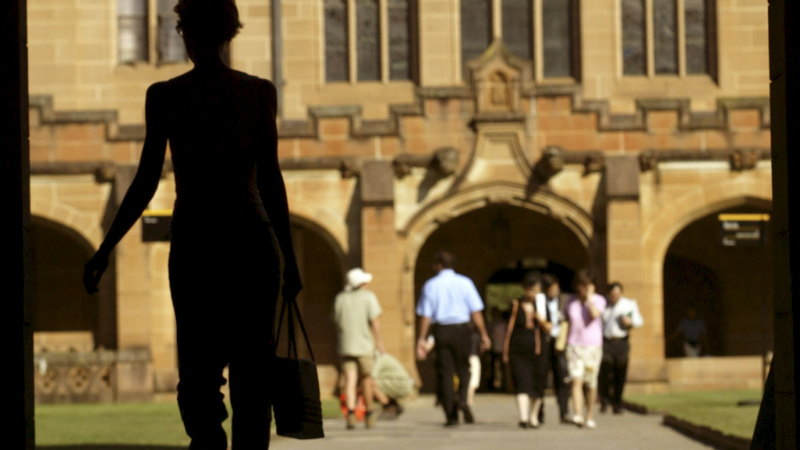 With a multi-million dollar bequest from late healthcare magnate Paul Ramsay, the centre wants to fund a degree in the great works of Western civilisation – featuring generous scholarships and small class sizes – at three universities.

Two such courses – at the universities of Wollongong and Queensland – will begin next year.

Sydney University began serious discussions with the centre after the Australian National University ended talks in June 2018, citing concerns about academic autonomy due to the centre’s desire to do “health checks” on what was taught.

ANU’s decision ignited a national culture war. Critics used it as evidence of a left-wing agenda among universities, while supporters accused the Ramsay Centre of trying to establish a foothold for right-wing ideology on campus.

Many academics at Sydney University have been vocally opposed to the partnership, calling it “European supremacism writ large”, but others have been supportive.

Dr Spence put an alternative proposal to the centre in September, suggesting a Western tradition course use the university’s existing teaching staff and courses rather than hiring more teachers for small classes, and spend the extra money on scholarships.

After it was rejected, some academics – including Provost Stephen Garton – worked on a new plan with Ramsay staff “to give [the board] confidence that the proposal would meet their expectations,” a university statement said.

They proposed a program in intellectual history, which would feature the great books, music and architecture of the Western tradition. Of 60 students in each cohort, 40 would have scholarships or bursaries.

“It was a really beautiful course,” Dr Spence said. “This was not some managerialist plot cooked up in the quadrangle for fundraising. A group of academics got together to put this proposal in because of the importance of the Western tradition.”

In a statement on Wednesday afternoon, the chief executive of the centre, Professor Simon Haines, said the board had decided not to progress discussions with the university, saying its proposals no longer resembled its initial pitch from last year.

He said the two subsequent proposals were “very different from each other. This is a matter of concern to our board.”

“While the latest proposal had attractive features … the centre and its board had misgivings about the level of commitment of key stakeholders within the university in supporting the implementation of the curriculum and the associated scholarship program.

Professor Haines said the negotiations were conducted “in an amicable and collegial manner.” A spokeswoman for the centre declined to comment on whether the board – which includes former Liberal prime ministers John Howard and Tony Abbott – was split over the decision.

Australian comedy lays down the law at TV awards