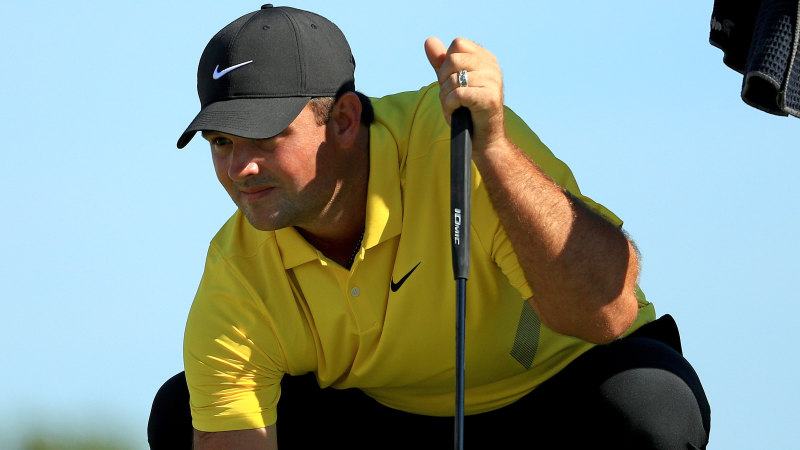 Sources familiar with the International team insist several players were furious with Reed’s actions and hope it will whip Melbourne galleries into a frenzy for the Presidents Cup, which the Americans have only ever lost once.

Leishman was careful with his words after the third round of the Australian Open, but when asked whether he expected Reed would be taunted during the Presidents Cup said: “Yes.

“There’s opportunities there. He’s definitely opened a door and he’s brought it upon himself. As long as it’s not disrespectful. You never want to cross the line, but I think there’s some pretty good ammo there.

“I did see it and it looked pretty ordinary, to be honest. That’s about all I’ve got to say on that, it didn’t look too good for him.”

Only last week the International team’s top-ranked player, Adam Scott, implored local crowds not to cheer the United States, for which Woods will become the first playing captain since Hale Irwin in 1994.

Woods and the United States team will fly from the Bahamas and arrive in Melbourne early next week.

Reed, who has earned the nickname “Captain America” for in part his faultless Ryder Cup singles record, has been a divisive figure in golf circles for years and has faced accusations from former college golfers of bending the rules.

He donned the famous green jacket after winning the Masters at Augusta last year and told reporters the sand which was moved was well behind the ball.

“You only have one camera angle, that’s all you can go off of,” he said. “It’s my word against their word. They weren’t standing there.

“I don’t ever put the club directly behind the ball because I’m always scared of the ball moving.

“After seeing the club go back and brush some sand, they [PGA Tour officials] thought that’s a breach of the rules. After seeing the video, it’s a two-stroke penalty. I accept that.”

Ernie Els’ International side will start overwhelming underdogs against the United States, who still boast a formidable side even without injured world No.1 Brooks Koepka.

Only Scott and Japanese ace Hideki Matsuyama, who will spearhead the International charge, sit above the United States’ lowest-ranked player Matt Kuchar on the world standings.

Leishman denied the latest Reed controversy has strengthened his resolve to take on the world No.17 next week.

“I don’t really care who I play, to be honest,” Leishman said. “Whoever Ernie puts me up against I’m happy to play. I don’t want to give anyone any more ammunition to beat us than what they already do. Hopefully I play good golf and beat who I’m playing and we have a successful week.”

Leishman (-7) posted a steady one-under 70 on Saturday to sit six shots behind Australian Open leader Matt Jones (-13), who is on the cusp of his second Stonehaven Cup in four years on his home course.

Els’ other team members Louis Oosthuizen (-9), Cameron Smith (-3) and Abraham Ancer (-2) all faced their own battled on moving day at The Australian Golf Club after Adam Scott and CT Pan missed the cut.