After Folau case, MPs should ask how law can foster workplace harmony

admin December 8, 2019 Latest News Comments Off on After Folau case, MPs should ask how law can foster workplace harmony 37 Views 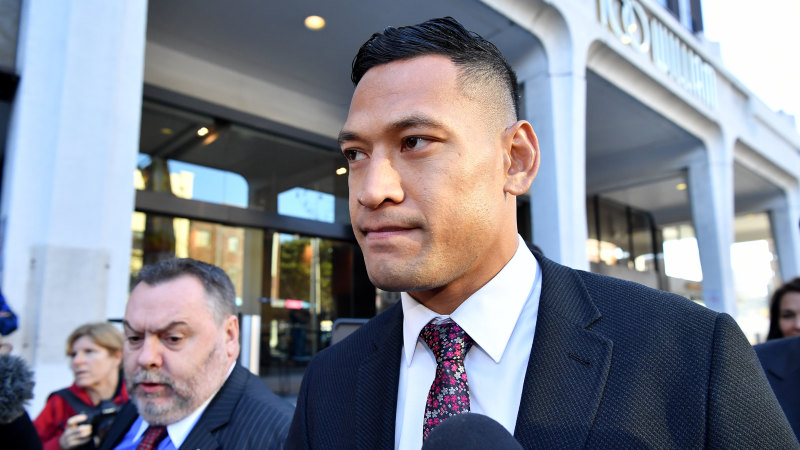 Rugby Australia also wanted to avoid more bad publicity at a time when the code is dealing with poor crowds and a poor performance at the World Cup. Many rugby fans who are sympathetic to its dilemma will still wonder why RA took the high moral ground in the first instance by firing Folau and then caved last week. It is hard to judge whether RA played a good hand without knowing how much it cost to settle the matter. If the settlement was closer to $3 million, the lowest figure that has been reported, it sounds like a good deal. If it was $8 million, then perhaps not.

RA would probably now agree that it made a mistake last year in re-signing Folau for five years even after his first comment on LGBTQ people. It should have seen the risk he would again go rogue and drag his sport into the battle with religious conservatives over the bounds of free speech. While Folau is now out of the picture, the general question remains of when employees should be able to express religious views that conflict with their employer’s social media policies. The federal government could use the lack of clarity as a justification for the so-called Israel Folau clause when it resubmits its “religious freedom” bill next year.

In the previous draft of the bill, this clause stopped big firms sacking workers for expressing religious beliefs unless it caused the firm acute financial hardship. The Age agrees with business groups that the clause would be a lawyer’s picnic and would only promote discord in workplaces. Beliefs that can be wrapped up as religious would be protected, no matter how nasty they are and no matter how they are expressed. By contrast, employees with other solemnly held but non-religious beliefs would face the sack for speaking out.

Australia is a country where people are as free to practise their religion as anywhere in the world. The government should focus less on protecting religious views above all others and devote its energy to asking how the law can encourage harmonious workplaces.

Previous The Open qualifier Pike credits Day for giving him a major edge
Next ‘A chilling effect’: Media companies forced to keep stories off Facebook