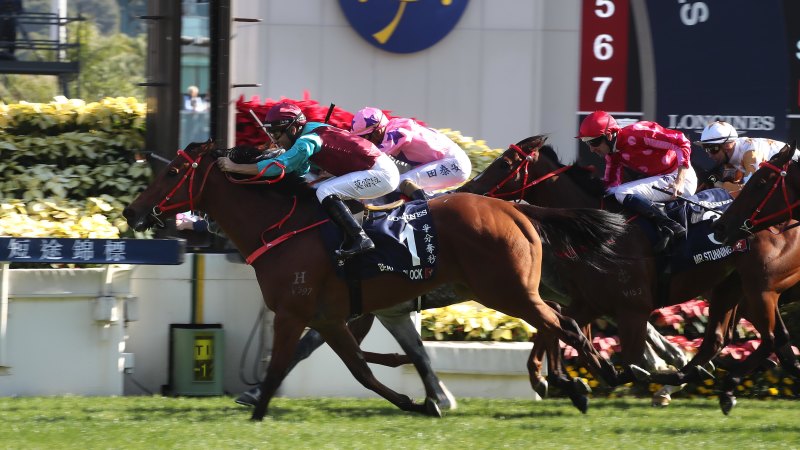 Hot King Prawn, who along with Beat The Clock and Aethero was also bred and sold out of Australia, finished second for Size.

It was Joao Moreira’s second group 1 win in as many races after the Brazilian-born champion rode Japanese entire Glory Vase to victory in the Hong Kong Vase.

Chasing down odds on favourite Exultant, who also finished third under Purton, the five-year-old son of Deep Impact flew late to win the $2 million first prize in comprehensive fashion, which will no doubt grab the attention of Racing Victoria’s international scout Paul Bloodworth ahead of next year’s Caulfield and Melbourne Cups.

True Self, the OTI Racing-leased horse who won the Queen Elizabeth Stakes on the final day of the Melbourne Cup carnival finished seventh, while Prince Of Arran – ridden by Michael Walker – faded to finish 11th.

Earlier, Kris Lees-trained sprinter In Her Time was scratched the morning of the race after she was deemed lame by Hong Kong Jockey Club veterinary officers.

It was announced on Saturday the mare had sustained a quarter crack in her near left front foot and would undergo a veterinary examination the following morning, but she failed that test and was withdrawn prior to the race.