‘All reward, no risk’: Jayne Hrdlicka’s lucrative stint at a2 Milk

admin December 9, 2019 Business Comments Off on ‘All reward, no risk’: Jayne Hrdlicka’s lucrative stint at a2 Milk 37 Views 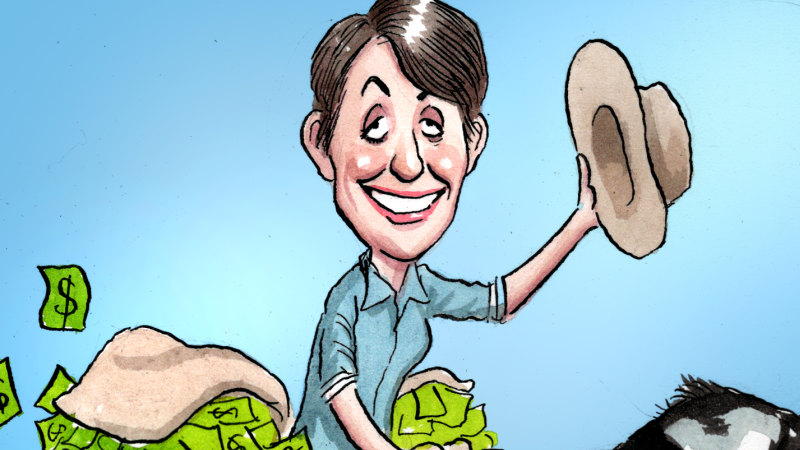 That was in lieu of performance-related share rights at Qantas, where she ran Jetstar for five years before becoming the boss of the airline’s frequent flyers business.

In August and September of 2018, she cashed in some of those 600,000 rights – which were to be bestowed over her first year at a2 Milk – leaving her with 357,000 free shares. All were sold that same month, giving Hrdlicka a tidy profit of $3.99 million. Not bad for two months work.

Hrdlicka converted the last of her time-based rights into shares earlier this year. Four months later, in November, she cashed out again more than half of those, netting $2.06 million in profit while continuing to refuse to invest even one cent of her own money into the company.

Or as one a2 Milk observer mused, “all reward, no risk”.

That last transaction, which took place on November 25, left her holding 95,000 free shares and the rights to 400,000 more based on her performance over the next two years.

The shares were sold “in order to meet the expected tax obligations,” a2 Milk said at the time.

Of some interest was an account of Hrdlicka’s departure authored by The Australian’s well-informed business correspondent Damon Kitney. “Hrdlicka’s decision to leave was agreed with Hearn following a discussion last month between the two of them,” Kitney wrote on Monday morning.

Would last month have been before the November 25 sale?

Previous Income squeeze on men now into fifth year, while women close the gap
Next Australian accused of fighting for foreign terrorist group to be extradited to Brisbane