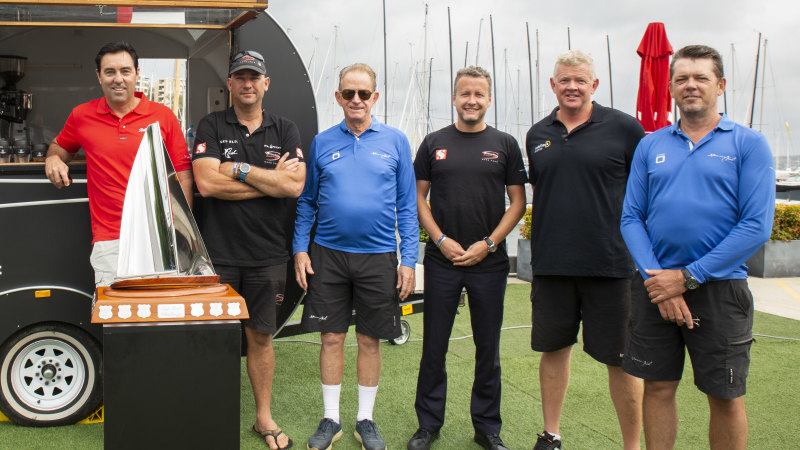 “The boys have got to wash the decks twice a day instead of once a day,” he said.

InfoTrack crew member Tony Mutter said the “grit” from the bushfires was getting up into the winches and the mast track on the boat, requiring an additional cleaning effort.

“We have added maintenance issues with that,” he said. “We actually had burning eucalyptus leaves on the sails, so that was a little bit of a worry.”

Mutter also said that while no one on the crew has breathing issues, the air quality was proving a challenge when it came to preparing for the race.

“The fact we all feel like we’ve smoked 40 cigarettes, it wasn’t very nice,” he said about recent preparations on water. “What do you do? I don’t know. But I can tell you it wasn’t pleasant.”

The comment came as the crews prepare for the Big Boat Challenge, a race which marks the first of lead-up events to the Sydney to Hobart. Four of the race’s favourites – supermaxis Black Jack, Wild Oats XI, InfoTrack and Scallywag – will compete in a sprint around Sydney Harbour to test their skills ahead of the big race.

“We are hoping to raise as much money as we can for the bushfire victims as well,” he said. “If it’s for good causes, it brings the best out in people, they open the wallets up.”

Black Jack skipper Mark Bradford said he was “always conscious” of things like how bushfires will affect the race but was ultimately focused on the sailing regardless of the possible weather.

Previous Leave it alone: Stars support MCG to retain Boxing Day Test
Next Education Minister pushes for ‘back to basics’ approach in schools

‘It’s not for me to decide the date of Australia Day’: Barty