Breaking News
Home / World News / A Biden-Republican ticket? He is ‘open’ to it

A Biden-Republican ticket? He is ‘open’ to it

admin December 31, 2019 World News Comments Off on A Biden-Republican ticket? He is ‘open’ to it 99 Views 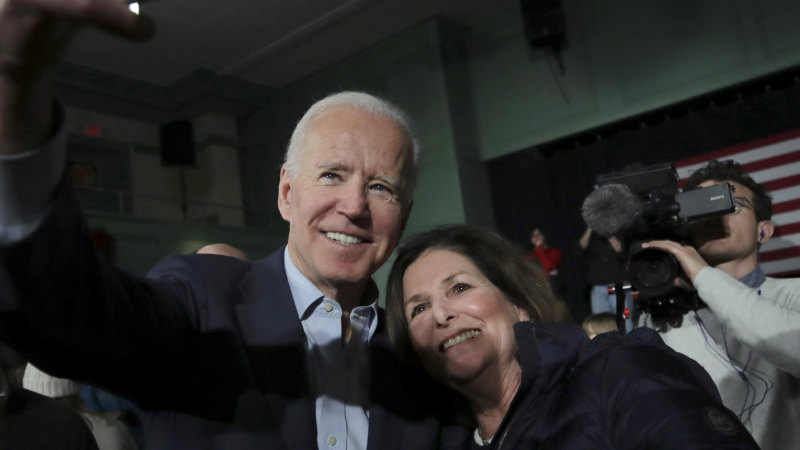 Biden has emphasised the need for a future Democratic president to work with Republicans, stressing the importance of consensus in order to get things done. That viewpoint has been criticised by some liberals who see it as an unacceptable embrace of the status quo and think Biden is naive about trying to work with Republicans. But choosing a Republican to be his running mate would be a far more grievous act in the eyes of many Democrats, something many party officials and both liberal and moderate activists would oppose.

Biden made a point of noting that it was presumptuous to talk about a running mate, given that he has not won the Democratic nomination. He went on to recall his working relationship with former president Barack Obama and their trust for each other, telling the crowd, “The only thing I know about is the qualifications for vice-president.”

“There’s a plethora of really qualified people,” he said. “Whomever I would pick were I fortunate enough to be your nominee, I’d pick someone who was simpatico with me.”

Biden, like other presidential candidates, has been largely circumspect about naming names, though he did say this month that he would consider a former rival in the race, Sen. Kamala Harris of California, as a possible running mate. He also said that he would consider another primary rival, Sen. Elizabeth Warren of Massachusetts.

In November, Biden referenced four female Democrats as possible running mates. Senators Jeanne Shaheen and Maggie Hassan, both of New Hampshire; Stacey Abrams, the former Georgia House minority leader and the party’s nominee for governor there in 2018; and Sally Yates, the former acting attorney-general who was fired by President Donald Trump in 2017.

Biden did not name the women, but rather referred to them indirectly — in the case of Abrams, as “the woman who should have been the governor of Georgia.”