‘All man-made’: Merkel vows to keep fighting against climate change 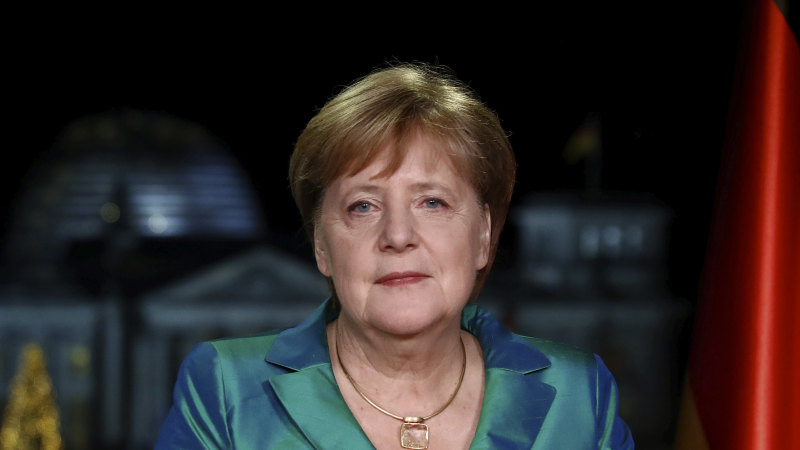 She acknowledged criticism both from people who are worried about being overburdened by the measures and from those who think they don’t go far enough, but said they provide the “necessary framework.”

“At 65, I am at an age at which I personally will no longer experience all the consequences of climate change that will occur if politicians do not act,” the Chancellor said.

“It will be our children and grandchildren who have to live with the consequences of what we do or refrain from doing today. That is why I use all my strength to ensure that Germany makes its contribution – ecologically, economically, socially – to getting climate change under control.”

Merkel called on Germans to think out of the box to cope with the challenges arising from global warming.

“To do this, we need more than ever the courage to think in a new way, the strength to leave familiar paths, the willingness to try new things, and the determination to act faster, convinced that the unusual can succeed – and must succeed if the generation of today’s young people and their descendants should still be able to live well on this Earth,” Merkel said.

That is also a priority of the European Union’s new executive Commission, headed by Ursula von der Leyen – a former German defence minister. Germany will hold the EU’s rotating presidency in the second half of 2020.

“Europe must raise its voice more strongly in the world,” Merkel said, pledging to work for that during the EU presidency. She pointed to planned meetings with Chinese and African leaders.

Merkel, Germany’s leader since 2005, has said that her current fourth term as chancellor will be her last.

Unlike last year’s, this New Year message contained no reference to infighting in the often-tense coalition government of her centre-right Christian Democratic Union and the centre-left Social Democrats. It remains uncertain whether the coalition will last until the end of the parliamentary term in 2021.

Previous Four injured, one critically, in crash near Geelong
Next Sudan sentences 29 to death for torturing, killing protester