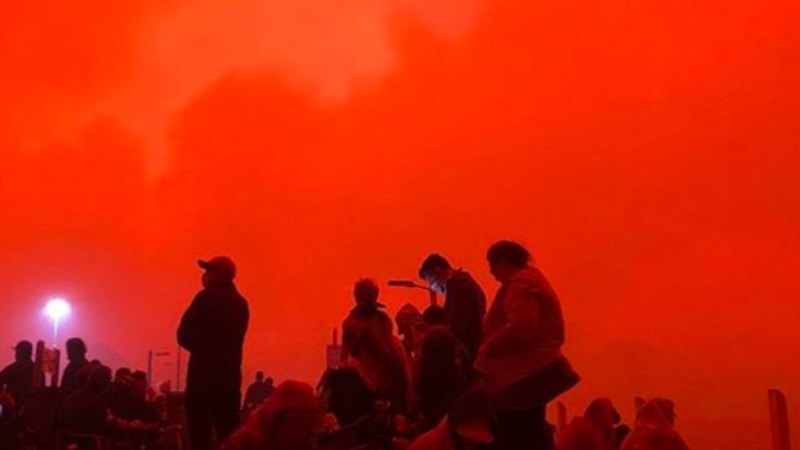 On Monday high temperatures baked Victoria; on Tuesday bushfires wreaked havoc. In small towns across the state, holidaymakers mixed with locals as they hunkered down in town halls and sporting clubs, and on shorelines – waiting and hoping they would not be in the line of fire.

It will be some time before the extent of the damage is fully grasped. The number of homes, livestock, fences, sheds, cars, shops consumed by flames will be tallied as people slowly return to the blackened surrounds. But that is not the first priority. There were people missing on Tuesday night, which still meant hope, but with so many fires on so many fronts, it would be a miracle if no lives were lost.

When the sun rose on Tuesday, the small coastal town of Mallacoota awoke to a blood-red sky as fire ringed its perimeter. The only road out was impassable. At least 4000 people huddled on the beach, and three teams of CFA firefighters stood by ready to protect them as the blaze closed in.

Social media offered flashes of the apocalyptic conditions, as the fire roared in the background. Buildings were destroyed, but a wind change appeared to have saved the town from the worst.