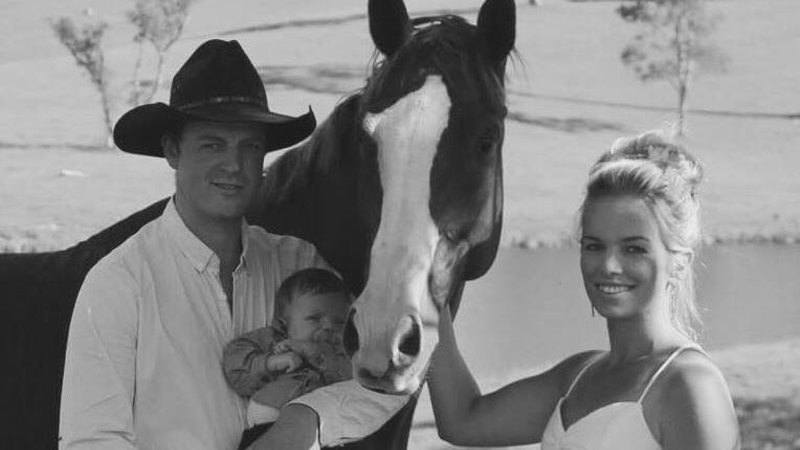 Police confirmed on Tuesday that a 63-year-old man and his 29-year-old son died after flames swept through the historic town of Cobargo on the NSW South Coast on Monday night. A third man is unaccounted for.

Daniel Cochrane, a dairy farmer who knew the Salway family through the industry, said: “They are one of the tightest, close-knit families you’ll ever come across”.

“They are some of the most generous people … they would do anything to help anybody at any time,” Mr Cochrane said.

“They were really good guys, just some salt of the earth blokes,” Mr Allen said on Sky News.

A police spokeswoman confirmed a 63-year-old man and his 29-year-old son had died on a property at Wandella, about 10km north-west of Cobargo.

“A woman has told police she’d left the property the previous evening, but her husband and son stayed behind to defend the home and farm equipment,” the spokeswoman said.

“She returned this morning and discovered their bodies.”

Fire roared through Cobargo on Monday night, torching buildings in the town’s historic main street. Patrick provided dairy systems and maintenance to farms in the region and his two brothers are also dairy farmers in the area.

Mr Cochrane said farmers in the area had been “smashed by the fires,” adding to the immense hardships of low milk prices and drought.

“Their backs are already up against the wall,” Mr Cochrane said of farmers in the industry. “These guys have been through hell and they’ve been going through hell for the last ten months”.

Police said a 72-year-old man was also unaccounted for at Belowra, about 50km northwest of Cobargo.

Rural Fire Service commissioner Shane Fitzsimmons said Mr McPaul, who was expecting his first child with his wife Megan, was killed when his truck was flipped by inferno-fuelled winds near Jingellic on the NSW-Victoria border.

“I cannot imagine the terrible sense of loss and grief that Sam’s family are now feeling,” Mr Morrison said.

“I have spoken to Megan to extend my deepest sympathies and our love and support at this terrible time and express that same sentiment on behalf of the entire country. Sam McPaul was the best of us.”