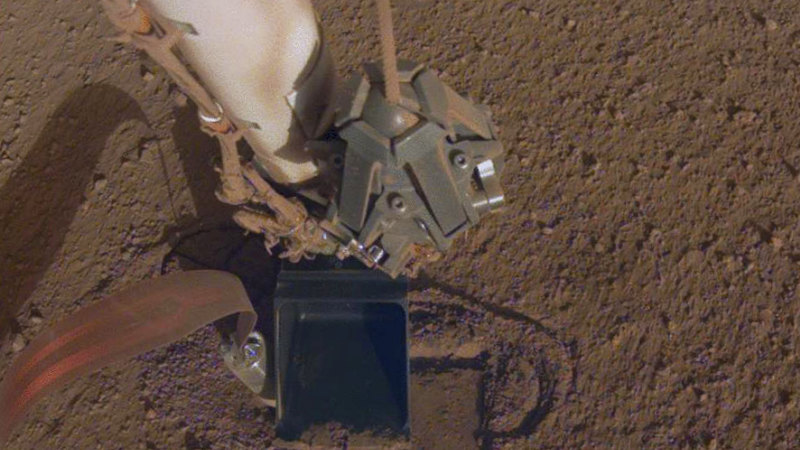 Three of the missions will carry rovers. The United States is launching the soon-to-be-renamed Mars 2020 rover, which also carries a small helicopter. It will try to land in Jezero Crater, which once contained a lake and could preserve evidence of life, if life ever existed there.

Neither China, Europe nor Russia has deployed a rover on the Martian surface. But they will try, in a pair of missions. China’s mission, its first on its own to the red planet, includes an orbiter in addition to a rover. The European Space Agency and Russia cooperated to build Rosalind Franklin, a rover named for the English chemist whose work was essential to finding the structure of DNA.

The rovers could be joined on Mars by Hope, an orbiter commissioned by the United Arab Emirates. It is being built in Colorado, and is to be launched on a Japanese rocket. If it succeeds, it could represent a new model for space programs, in which small, wealthy countries pay for off-the-shelf spacecraft to get themselves into orbit and beyond.

Since the space shuttle’s last flight, in 2011, NASA has relied on Russia’s Soyuz spacecraft for trips to and from the International Space Station. In 2019, NASA hoped to begin flying astronauts aboard capsules built by two private companies, SpaceX and Boeing, but persistent delays knocked back the timeline another year.

NASA’s commercial crew program could finally achieve its goal in 2020. SpaceX’s Crew Dragon is scheduled to conduct an uncrewed test of its in-flight abort system on January 11. If the test succeeds, the capsule could carry astronauts to the space station not long afterward.

Boeing’s Starliner experienced problems during its first uncrewed test flight in December and was unable to dock with the space station. An upcoming review of that test will determine whether Starliner might still be able to fly into orbit with astronauts in the first half of this year.

Virgin Galactic, the space-plane company run by Richard Branson, conducted two successful test flights with crew aboard in the past 13 months. In the year to come, the company could carry its first passengers to the edge of space. Blue Origin, the company founded by Jeff Bezos of Amazon, may follow suit; it has conducted 12 crewless tests of its capsule for short tourist jumps to suborbital space. For now, only the very wealthy will be able to afford such jaunts.

Other private companies are looking to Earth orbit for the future of internet service. SpaceX launched 120 Starlink satellites in 2019 and could launch many more in 2020. A competitor, OneWeb, could send more of its satellites to orbit in the coming year, too. These companies are blazing the trail for orbital internet — a business that Amazon and Apple are also pursuing — and upsetting astronomers, who fear that large constellations of internet satellites will imperil scientific study of the solar system and stars.

A comet exits the solar system

In September, a comet called Borisov 2I was spotted in our solar system, only the second ever confirmed interstellar object. Unlike Oumuamua, which was spotted in 2017 only as it was leaving the solar system, astronomers caught sight of Borisov and its 100,000-mile-long tail as it flew toward the sun, before it turned and began its exit.

In 2020, scientists will continue to point ground and orbiting telescopes at Borisov as it speeds back toward the stars beyond — unless, as some astronomers hope, it explodes into fragments after being heated by the sun. Whatever happens, other interstellar visitors are sure to follow, and professional skygazers hope to find them with powerful new telescopes in the years ahead.

Japan’s Hayabusa2 spacecraft concluded several close encounters with Ryugu, a near-Earth asteroid, last year. It twice collected samples from Ryugu’s surface, the second time after dropping what amounted to a bomb on the space rock’s surface. At the end of 2019, the probe began its trip home. Near the end of this year, it will try to jettison its samples back to Earth’s surface, in the Australian Outback. Scientists hope to study the material for clues from the solar system’s early days.

Hayabusa2 wasn’t the only spacecraft circling a space rock. NASA’s Osiris-Rex spent the year completing a close survey of Bennu, a different, boulder-strewn asteroid. The mission’s managers selected a site called Nightingale for a specimen-collection operation that they plan to carry out in August. That spacecraft will return its cargo to Earth in 2023.

The moon gets another visitor

China started 2019 by landing on the lunar far side, an accomplishment never before attempted by any of the world’s space agencies. That was the good news. In April, another potential lunar lander — Beresheet, built by an Israeli nonprofit — crashed on the moon’s surface. And in September, Vikram, a lander built by India’s space agency, crashed near the lunar South Pole.

Before the end of 2020, the moon could see one more visitor from Earth. Chang’e-5, a robotic probe built by China, aims to collect moon rock and soil samples and send them back to Earth. The last set of lunar samples was gathered in 1976 by a Soviet spacecraft.

The year to come may also bring greater clarity about American designs for returning to the moon. NASA is aiming to put the first woman and the next man on the moon by 2024, with a program called Artemis. A wide range of political, budgetary and technological hurdles stand in the way of meeting that ambitious timeline.

Previous Melburnians learn to love the Yarra but will it ever be a place to swim again?
Next Hey, true brew: Kyrgios tunes up for ATP Cup with a few ‘frothies’