Kyrgios admits he may erupt again, despite turning to psychologist

admin January 2, 2020 Latest News Comments Off on Kyrgios admits he may erupt again, despite turning to psychologist 73 Views 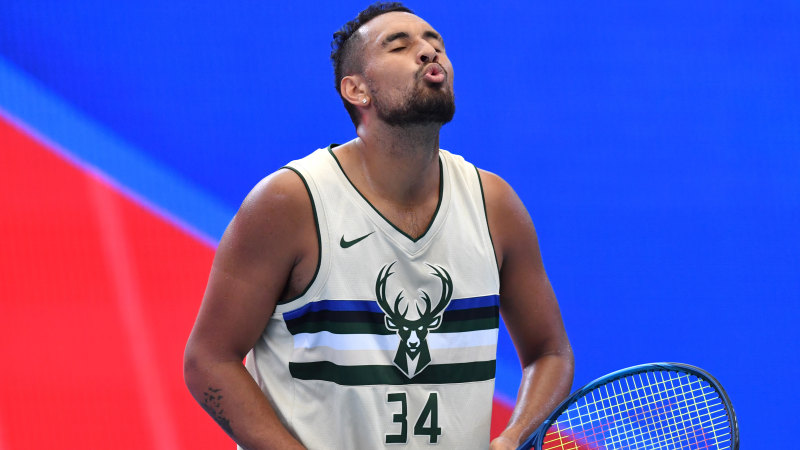 While Kyrgios revealed he had sought professional help to keep his cool, the Australian No.2 admitted he may still resort to bad habits despite the ban threat.

“I’ve been seeing a psychologist … (but) I am not thinking about it (suspended ban) at all,” he said.

“That’s just how it is. But I feel good. I’m just ready to go tomorrow and that’s it.”

Kyrgios has had no shortage of run-ins with the ATP in the past.

In August he copped a record $167,000 fine for eight offences, including verbally abusing umpire Fergus Murphy and spitting towards the official at the Cincinnati Masters.

Kyrgios admitted his behaviour could “get out of hand” after travelling months on end on what can be a lonely ATP tour.

But the 24-year-old claimed he felt at ease in the Australian team which will be led by world No.18 Alex de Minaur in Brisbane this week.

“I know when I’m in a team environment I’m not worried at all,” he said.

“It’s more so when I’m just travelling and it’s been a couple of weeks in a row where things can get a little out of hand.

“But I’m not thinking about it (suspended ban).”

Australia will also play round-robin matches against Greece and Davis Cup finalists Canada in a bid to qualify for the ATP Cup finals in Sydney.

Previous Ironing any part of a coconut is not recommended
Next As the day unfolded: RFS warns of dangerous conditions this weekend as South Coast evacuates