Widdup looks to unbeaten Adelong for winning start to 2020

admin January 2, 2020 Sport Comments Off on Widdup looks to unbeaten Adelong for winning start to 2020 81 Views 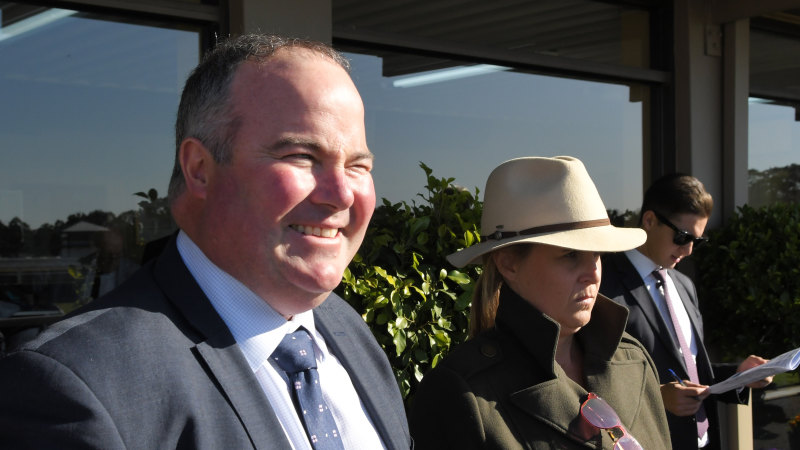 “I thought she would have had enough after her last win, but she has bounced off it. She is just so tough. It is probably her best asset and I can’t see why she won’t win again. I think there are better races for her later in the year and, if she can win on Saturday, it would help get her rating up to make sure she can get into them. Whatever happens, she is going for a short break after the weekend.”

Widdup has already prepared 114 winners in his career but 2019 was a tough year as his numbers dropped away. He still has a handy stable of horses, but it is the juvenile ranks that have taken the biggest hit this season.

“I have four runners at Randwick on Saturday, all going there with good chances, but there are not a lot of two-year-olds there for us this year. I have only had two babies run this season, and you need that new blood coming through the stable,” Widdup said.

“When I started I thought I would be doing well to get a dozen winners in my first year but we got 50 and things were going great.

‘‘It hasn’t been so great in the past six months. You are going to have your tough times, and it is how you handle them that counts.”

Widdup could start the new year with a bang on Saturday as the speedy Rare Episode finally draws a barrier in the final race of the afternoon, where he is the early favourite.

“He has been caught wide at both his runs but should be able to be up there from gate two,’’ he said.
Widdup also has three-year-olds Run For Glory and Trengganu engaged at Randwick and leans to the latter with the blinkers on as the better hope. Trengganu won a Newcastle maiden before finding the line hard late behind Lillemor at Wyong on December 19.

“I have been waiting for him to get out to this trip to put the blinkers on,” Widdup said.
Along with Adelong, Widdup is looking forward to the return of stakes winner Akari in the autumn.

‘‘She won those couple of Listed races in the spring and has really come on during her break, and I’m aiming her at the Surround Stakes,’’ Widdup said.

Previous Baker bobbing up here, there and everywhere in search of bonuses
Next Homes destroyed in Cape York community unrest with extra police flown in