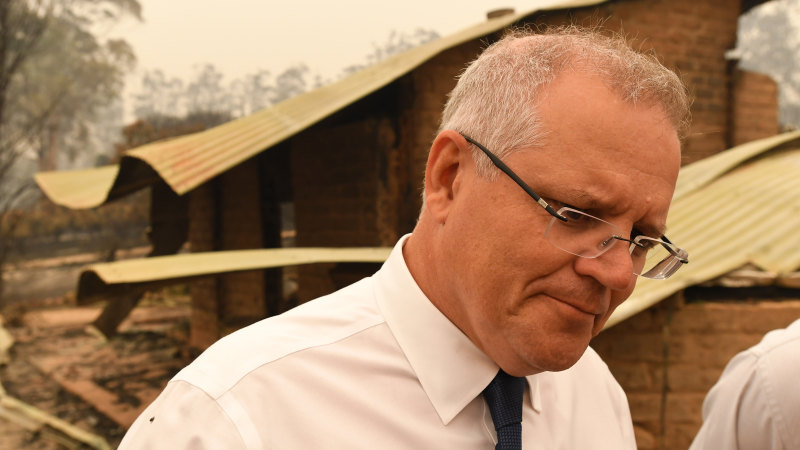 It is not an easy decision but it would be understandable if Mr Morrison decides he has to put domestic political considerations before diplomacy and cancel.

After being faulted for abandoning his post for his ill-judged surreptitious family holiday in Hawaii two weeks ago, Mr Morrison must be worried that he will be criticised again if he goes through with the trip.

The trip to India, however, is very different. Last time, Mr Morrison sat around the pool but this trip is vital for Australia’s interests.

If the trip is cancelled, the delay should only be temporary. Australia must not walk away from its long-term commitment to closer ties both strategic and economic.

Australia and India must work together strategically both to combat terrorism and handle refugee flows in the Indian Ocean, and also as part of a broader strategy to balance the growing influence of China.

India, which fought a border war against China in 1962, is almost as concerned as Australia by China’s growing military power. China has acquired a base in Djibouti, projecting its fleet into the Indian Ocean and it has close ties with Pakistan, India’s historical rival.

While both countries are concerned about China, India has traditionally pursued a policy of rigorous non-alignment which complicates cooperation.

Australia has worked hard to tie India into a loose grouping known as the Quadrilateral Security Dialogue which brings together Australia, the United States and Japan.

As part of his multi-city tour next week, Mr Morrison was expected to sign an agreement on logistical support allowing the two countries to use each other’s military bases for resupply.

He was also scheduled to give the keynote address at an event in mid-January called the Raisina Dialogue which enjoys the patronage of Mr Modi.

If Mr Morrison cancels he must look for another opportunity to achieve the same goals.

His other priority for the trip was forging closer economic ties with India, which is expected to become the world’s third-largest economy and most populous country by 2035.

Convincing India to open its markets is a complicated task. Former prime minister Tony Abbott tried and failed to convince India to negotiate a free-trade deal with Australia.

Since he was elected in 2015, Mr Modi has made some steps forward on economic reform and India is not as closed an economy as it was.

The Indian economy has faltered recently and Mr Modi’s enthusiasm for trade opening remains uncertain. He recently decided not to join the Regional Comprehensive Economic Partnership of 16 countries.

Australia has a crucial role in providing tourism and education services to India. The flow of visitors has now recovered from the bad publicity caused by violent attacks on Indian students a decade ago but Australia cannot allow distrust to return.

If Mr Morrison goes to India, some will question whether he should promote exports of coal, which are Australia’s other major export.

At a time when Mr Morrison has admitted global warming is a cause of the dry conditions fuelling the bushfires, some will argue that exporting coal is making matters worse.

If he decides not to go, Mr Morrison will be spared from dealing with that dilemma.

Ultimately coal will have to be phased out if the world is to deal with climate change but Mr Morrison can argue that India is a signatory to the Paris Agreement on climate change and it is up to Mr Modi to decide whether buying our coal is consistent with its obligations.

While Mr Morrison must promote good ties with India, he must also defend Australia’s basic principles, including our commitment to human rights.

Mr Modi, who leads a religious-based Hindu party, has come under increasing pressure because of his policies towards India’s huge Muslim minority. Japan’s Prime Minister, Shinzo Abe, had to cancel a visit last month because of clashes over a citizenship law and a crackdown in the Muslim-majority province of Kashmir.

India remains a strong democracy but Australia must use its influence to keep it that way.

Previous ‘Fight of our lives’: Bruthen family stays to defend their home as fire danger looms
Next Thousands flee East Gippsland amid warnings of horror weekend ahead