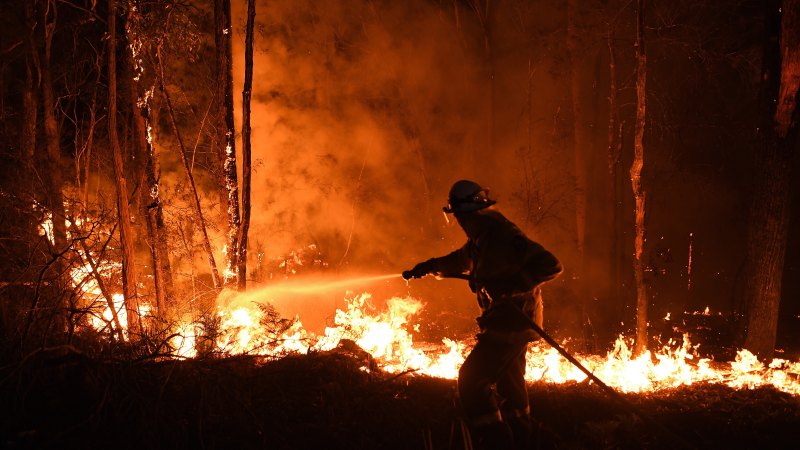 IAG’s estimated $400 million first-half disaster claims bill includes the fires that continue to rage across eastern Australia, as well as the cost of hail storms on the Sunshine Coast and in Canterbury, New Zealand, in November.

IAG also announced on Friday that it had finalised its catastrophe reinsurance program for 2020 calendar year, increasing its gross reinsurance protection to up to $10 billion, from $9 billion in 2019.

The group’s Australia division chief executive Mark Milliner said bushfires and been exacerbated by prolonged drought and conditions were expected to deteriorate over the coming weekend.

“Our priority is to help customers affected by these terrible events as soon as possible,” Mr Milliner said.

“We encourage our customers to make contact at the earliest opportunity if they need to lodge a
claim, access emergency accommodation or request other assistance.”

The Insurance Council of Australia (ICA) meanwhile said that another 950 bush-fire claims were lodged across the industry in on Friday, bringing the total to 5259 worth an estimated $321 million since November 8.

The vast majority (87 per cent) of those claims were in NSW, with 6 per cent from South Australia and 4 per cent of Victoria, ICA said.

Analysts have warned a claims bill above $500 million could put financial strains on insurers, including the IAG and fellow ASX-listed group Suncorp, which owns the AAMI brand.

The Victorian Bushfires Royal Commission’s final report put the overall cost of the 2009 Black Saturday fires, which burnt more than 2000 houses, at more than $4.4 billion. The biggest expense was for insurance claims.

Diary giant Bega Cheese’s boss Paul van Heerwaarden said a number of milk suppliers and employees had been impacted by the fires around Bega and Cobargo in NSW, with homes lost and pasture land burnt out. He said the full extent of the damage to property and livestock was unclear, but that as yet no diaries had been damaged.

Elsewhere on the ASX, fires in Tumbarumba, NSW, have damaged a packing shed owned by Vitalharvest, which leases citrus and berry farms to Costa Group. The berry plantations at the farm had not been materially affected, the company said.