Breaking News
Home / World News / A video tweeted by Pompeo was authentic. His description of it was wrong

A video tweeted by Pompeo was authentic. His description of it was wrong

admin January 4, 2020 World News Comments Off on A video tweeted by Pompeo was authentic. His description of it was wrong 64 Views 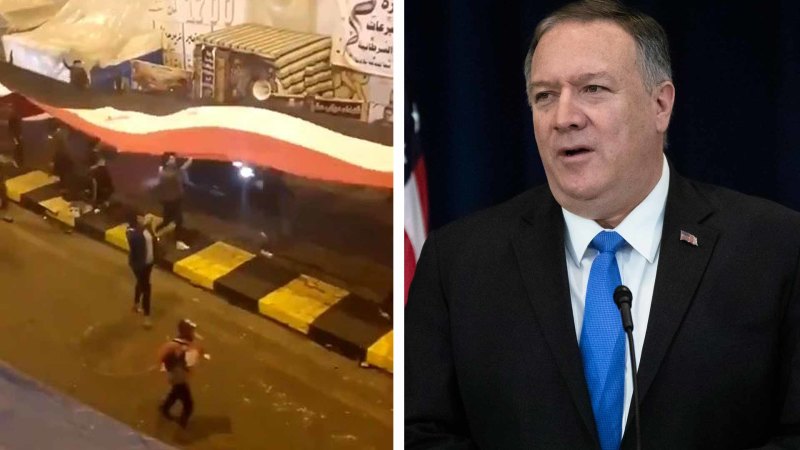 The men were chanting that Soleimani’s death had avenged the deaths of Iraqis protesting Iran’s presence in their country.

But the witnesses said that the group of men was very small, that no one joined in and that the minor demonstration was over in less than two minutes.

Pompeo’s tweet, widely shared, is another example of how misinformation spreads in the age of social media when people are quick to accept and promote information that validates their own world views.

The acceptance of online images like the video Pompeo posted also helps to explain how facts themselves have become subjects for debate and the political polarisation epidemic.

The State Department did not immediately respond to a request for comment Friday evening.

A Facebook user initially uploaded the same video six times over 10 hours. One of the six was then picked up by Storyful, which verifies and publishes material from social media.

Storyful contacted the uploader via Facebook Messenger to confirm that the individual had filmed the video in Tahrir Square and had posted it.

The goal with a tweet like that is to create a narrative and editorialise, said Joan Donovan, a lecturer at Harvard who specialises in protest communication.

This typically occurs in the first few days of an event – when those with a vested interest hope to score the dominant narrative to shape how the story of a historical moment is shared, Donovan said.

As soon as the news of the airstrike was confirmed, foreign leaders took to Twitter to post their reactions. “It’s the first time that we’ve seen Twitter become a premier forum for international and foreign relations,” Donovan said.

And for Pompeo – who sent the tweet six hours after the killing – it appears to have been a great success.

Almost 24 hours after his tweet was first posted, it had been retweeted more than 53,000 times and re-shared by hundreds of accounts in multiple languages, including the US State Department’s Farsi Twitter account. The video in the tweet has been viewed almost 5 million times.

“When we think about government communication, it’s public diplomacy in peacetime, propaganda in wartime,” said Jennifer Grygiel, an assistant professor of communication at Syracuse University who studies propaganda and is a state media expert. “Official sources can propagate a narrative they seek without context.”

That is occurring, experts say, because of the breakdown of gatekeeping, a role that the news media had typically played. This puts the onus on individuals to be more discerning about the source of the information they consume, a need that is often overlooked in highly emotional, partisan times, experts said.

“It becomes incumbent on social media users to essentially do their own investigative reporting in that they have to crosscheck and fact-check because of the nature of the algorithm,” said Lisa Kaplan, who runs a startup called Alethea Group that helps fight disinformation.

There are basic things users can do, Kaplan said. They must look at the source, the author and the date of anything on social media, and understand how algorithms show what they are already engaging with and can predict what they want to see.

But that, the experts added, presumes users want to know a factual, truthful account of events as opposed to something posing as the truth that makes them feel good.