Tate stars as shaky Kings roar back to life 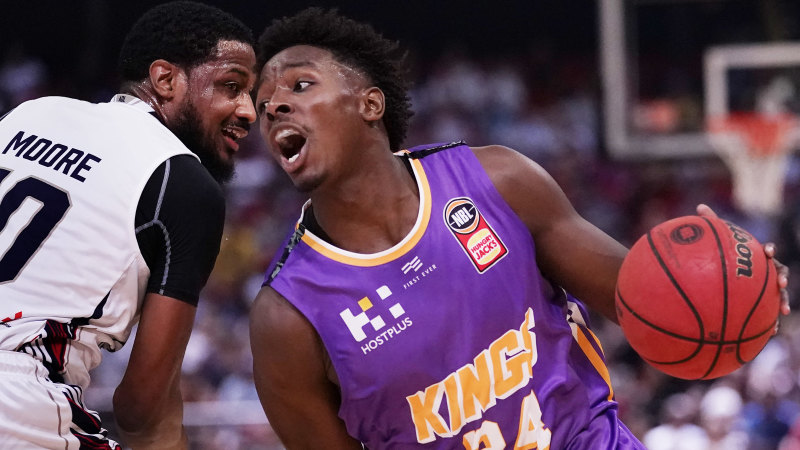 It was the second game in a row he’s led the scoring for the Kings after a bright performance in their New Year’s Eve shocker at the Illawarra Hawks.

Casper Ware was quiet by his usual standards, tipping in 12 points off 4-16 shooting – but the Kings had other contributors including Brad Newley, who produced 20 points in his 100th game for the club, and Andrew Bogut, who was scoreless in the first quarter but had 13 points and 10 rebounds by the final buzzer.

With Didi Louzada (calf) a chance of returning from injury for next weekend’s home clash with the Cairns Taipans, there is reason to be optimistic about what lies ahead for Will Weaver’s side provided they can iron out their inconsistencies.

The defeat is a costly one of the 36ers, who have now lost four of their last five and will slip back in the race for a play-off position as a result.

Jerome Randle was electric for Adelaide with a game-high 24 points and six assists.

But there was a silver lining to the former King’s return for Sydney fans: Randle pledged to donate $50 for every point he scored to the Red Cross bushfire relief fund – as did Kings trio Newley, Xavier Cooks and Shaun Bruce.

All up, a grand total of $2850 went towards that very worthy cause, with Newley revealing post-game that he had a personal attachment to the bushfire crisis with his brother-in-law in Adelaide losing his winery to the fires.

There were only 9023 in the house at Qudos Bank Arena – perhaps unsurprising, given the extent of the heatwave in Sydney. But those who braved the furnace outside and made the trip to Olympic Park were rewarded with an entertaining night of basketball.

After a tight first half, the Kings cracked the game open with a compelling 26-13 charge in the third quarter, dominating the paint and putting the 36ers to the sword.

That gave them an 18-point lead at the final change, which a deflated Adelaide had no hope of overturning.

The opening minutes of the game were a shootout between Tate, who put the first nine points on the board for the Kings, and Randle, who scored Adelaide’s first seven.

Despite Sydney generally maintaining control of proceedings, the 36ers kept their foot in the door by grabbing 10 offensive rebounds across the first half, from which they generated eight second-chance points.

Newley responded with a long-ranger of his own to restore Sydney’s advantage, which was 47-42 at half-time, and would soon blow out even further.