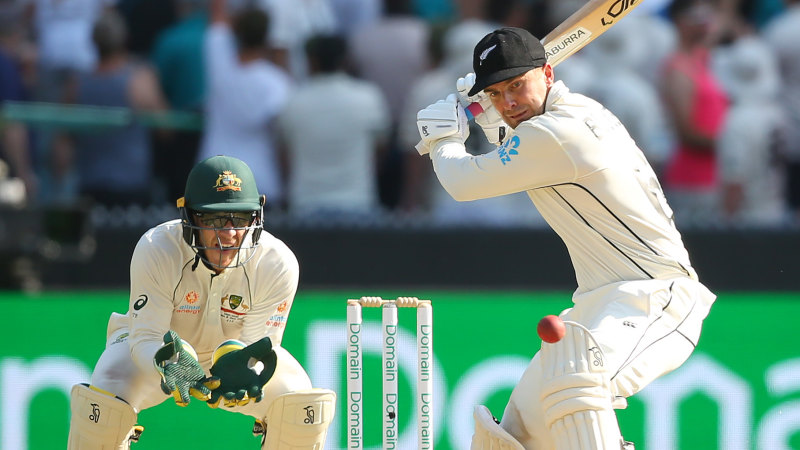 The former captain, commentating for Seven, believed there was a tiny spot on the outside edge of the bat that appeared on Hot Spot and it should have been enough for Llong to overturn the decision. Ponting indicated the footage the third umpire analysed wasn’t zoomed in closely enough on the bat.

“I think if there’s no mark on the bat before and there’s a mark exactly where the ball passes the bat on Hot Spot, for mine that is conclusive evidence,” Ponting said.

“We had one at the MCG [with] Mitchell Santner … it hit the sweat band. I think the umpires’ decisions are being rushed. They have to ask for every possible [angle] to make the correct decision.”

On the ground the Australians couldn’t be certain but also thought they saw a small spot on the bat.

“At the end of the day we heard a noise and we thought the time was good, that’s why we reviewed it, and unfortunately it wasn’t out.”

On a day in which Labuschagne capped off what has been a record-breaking summer for him with the bat with a career-best 215, Australia remained in command despite the obstinance of Blundell and stand-in captain Latham, who will resume on Sunday unbeaten on 34 and 26 respectively.

Labuschagne’s innings lasted 519 minutes, nearly 20 of them stuck on 199 while he batted with Paine, who was playfully booed by the crowd of 31,405 when he took a single at the end of one over.