After close shave on day three, Burns lives to fight another day

admin January 5, 2020 Sport Comments Off on After close shave on day three, Burns lives to fight another day 84 Views 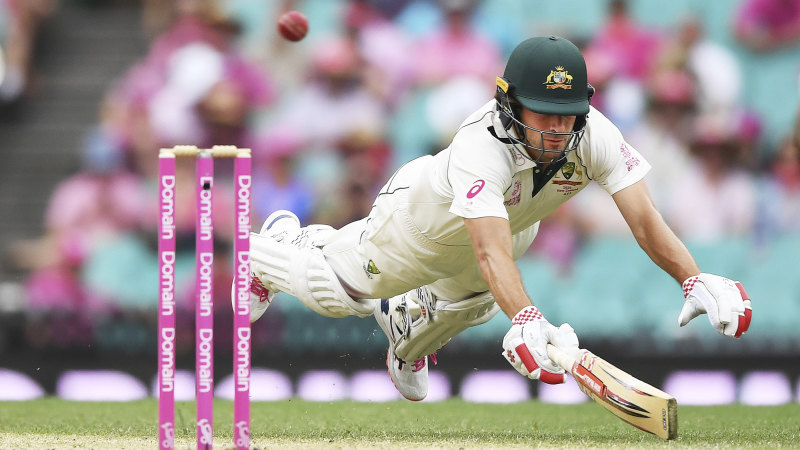 Even so, a significant contribution on the penultimate day of the series against New Zealand would make him harder to displace, particularly given Australia would ideally like to keep together the Warner-Burns combination and Justin Langer’s praise for the right-hander over “what he brings to the team”.

There was a close call for Burns late on Sunday as a mix-up with Warner left him scrambling to avoid being run out but a bad throw let him off the hook as he dove for safety.

“It’s always tough to start your innings in Test cricket. I think it’s one of those wickets where you just have to apply yourself really hard,” Burns told Seven on Sunday night. “Obviously there is some rough there and variable bounce but if you do the basics well there is plenty of runs to be had as well.”

Burns began the Test summer with 97 in Australia’s run-fest against Pakistan at the Gabba but while the other two members of the Australian top three, Warner and Marnus Labuschagne, have cashed in, he hasn’t set the world on fire since with scores of 4, 9, 53, 0, 35 and 18 in the four Tests since Brisbane.

In terms of other opening candidates, Usman Khawaja, Marcus Harris and Cameron Bancroft have featured in the top order since the start of the England tour and been axed since but would need prolific second halves of the Sheffield Shield season to be in the mix again.

Langer has been generous in his assessment of Burns and the opener will be keen to return the favour.

“I just really like what he and David Warner bring to the group, it’s one of those things in the team that I talked about before the last Test match,” the coach said before the Sydney Test.

“I like what he brings to the group and he’s playing well. It’s like with every player, if you’re not scoring runs you leave the door open but certainly what he’s bringing to the team at the moment is really valuable.”