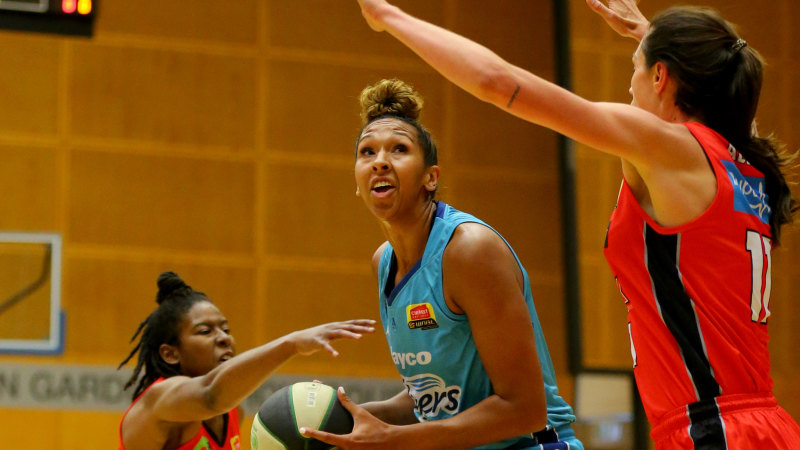 Flyers WNBA centre Mercedes Russell was excellent for the visitors with 28 points and 10 rebounds, but defensively, the league leaders know they have work to do. Adelaide outscored Southside 35-22 in the second quarter to take a 12-point lead into halftime, forcing the Flyers to play catch-up for the entire second half.

Rebecca Cole and Sara Blicavs both added 18 points for the Flyers.

“They played well but we didn’t defend, and when you don’t play defence you put yourself under pressure.

“This is definitely a wake-up call for us.”

The Lightning have a 10-6 record with five games to play, and are shaping as the team most likely to round out the top four with the Flyers, Canberra and Melbourne Boomers.

Chambers said stars Jenna O’Hea and Russell had barely practiced in the past two weeks as they managed nagging injuries, but she hoped the pair could soon spend more time training.

“Both had a big load this weekend so there were some reasons for today’s performance, but we need to be better,” Chambers said.

“(Adelaide) got a lot of their points in transition, they got out and ran on us, then our rotations weren’t great. By the time we figured out what to do it was too late.”

In Sydney, Melbourne Boomers took another step towards a top-two finish by scoring an 86-63 win over Sydney University Flames on Sunday evening.

Melbourne’s record improves to 11-4 in second place, and they now lead Canberra Capitals by two games. The Flames will find it tough to get past Adelaide and make the top four as their record drops to 6-10.

Garrick said her side had contributors across the board and needed a good win ahead of two games next round.

“I’ve been a little inconsistent in shooting but the good thing is that anyone on our team can get off on any game. Tonight was my night,” Garrick told Fox Sports.

“We had a good focus on the inside, they doubled that and it opened things up outside.”