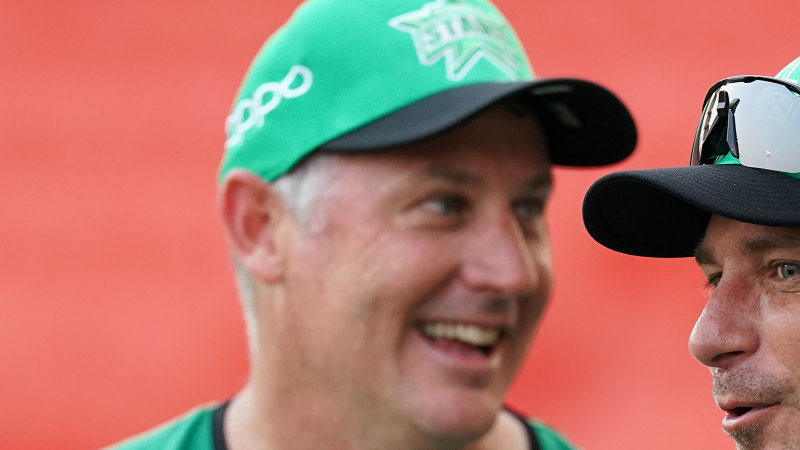 “I don’t really know all the ins and out of [the incident],” said Hussey, who is in his first season as Stars coach.

“All I know is Marcus is really apologetic, he was actually distraught after the game. He’s spoken to Kane [Richardson] and it’s been done with now and we can hopefully move on.

“There’s two alpha males going at it and trying to win in for their respective teams, I thought it was good for the game, yet [the banter] probably went a little bit too far.

“It’s been going on for probably a good four or five seasons now,” Hussey said in reference to a long history of on-field exchanges between the pair, both of whom are close friends with Stars leg-spinner Adam Zampa.

However, Cricket Victoria later issued a statement on behalf of Hussey in which he stressed the unacceptable nature of Stoinis’ slur.

“I’d like to clarify comments I made earlier today,” Hussey said.

“While banter is common on the field, that is not an excuse for offensive or derogatory comments or behaviour that clearly cross the line. We encourage our players to be competitive but above all fair and Marcus has accepted the consequences of his actions on Saturday night.

“Both from a personal perspective and what the Stars represent overall, we are committed to supporting an inclusive environment where everyone in the community is treated with equality and respect.”

The Stars returning to training on Tuesday ahead of their meeting with Sydney Thunder on Wednesday night.