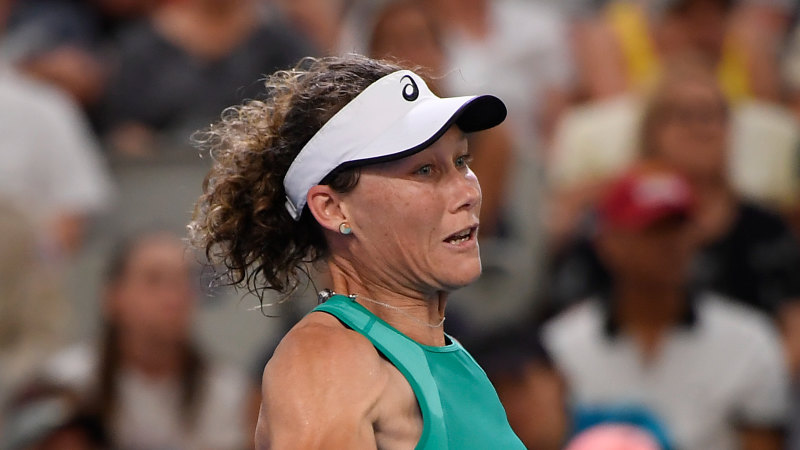 With Australian world No.1 Ashleigh Barty assuming the mantle of top dog, Stosur has been afforded a lower profile than previous years.

But she said the stress-free tennis played on Monday night – Stosur admitted she played like she “forgot she was down 5-1” in the tie break – was what she had always been aiming for.

“It’s probably my best win here,” she said of the defeat of the world No.20 and three-time grand slam champion.

“It’s sort of the way I want to be all the time on the court (but) I put more pressure on myself than anyone would ever do.

“Sometimes I want it a little too bad and that’s when you get hamstrung, but today I felt like I stayed relaxed and composed and did those things I want to do all the time.”

Stosur, who is on the same side of the draw as world No.1 Ashleigh Barty, will play the winner of the match between American eighth seed Madison Keys and Czech qualifier Marie Bouzkova in the second round.

Previous Barty faces up to weight of expectations at home
Next Packers, Crown donate extra $4 million for bushfire relief efforts