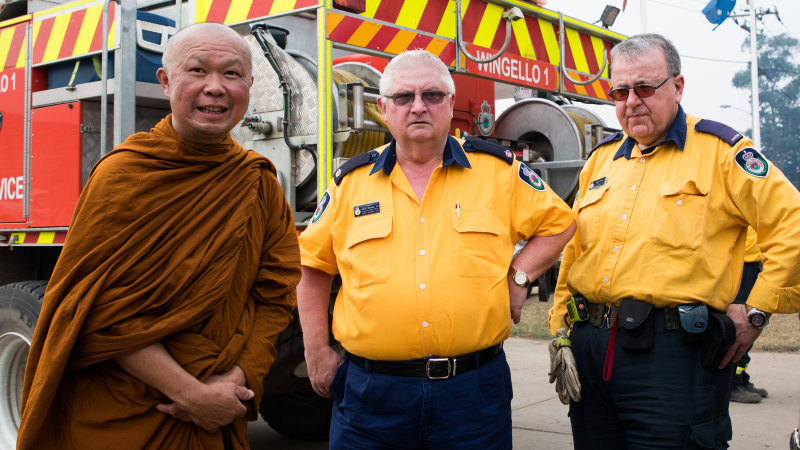 Working with representatives of the Thai government, the monks have joined others from around Australia and the world in giving whatever they can to fire-ravaged communities.

Phra Mana Viriyarampo, the abbot of the monastery which has been threatened by the Morton fire, said the volunteers had protected their facility and the monks wanted to show their appreciation.

“We admire them. They are people who practice unconditional love and selflessness,” he said.

“So we just discussed [what we could do to help] … we’d like to offer some token appreciation: Thai massage. For all the firefighters, volunteers and victims in this crisis … maybe it will help to reduce stress, anxiety.”

Chakkrid Krachaiwong, Thailand’s consul general in Sydney, said his government and the Thai community in Australia wanted to show their gratitude.

“We want to do whatever we can,” he said.

With all kinds of assistance flooding into Australian communities – including food, supplies and millions of dollars in donations – the offer of massages is among the more unusual. But it was very much welcomed by the Wingello locals.

Gary Newham, a volunteer with the RFS, was among the locals who said they would definitely take up the opportunity.