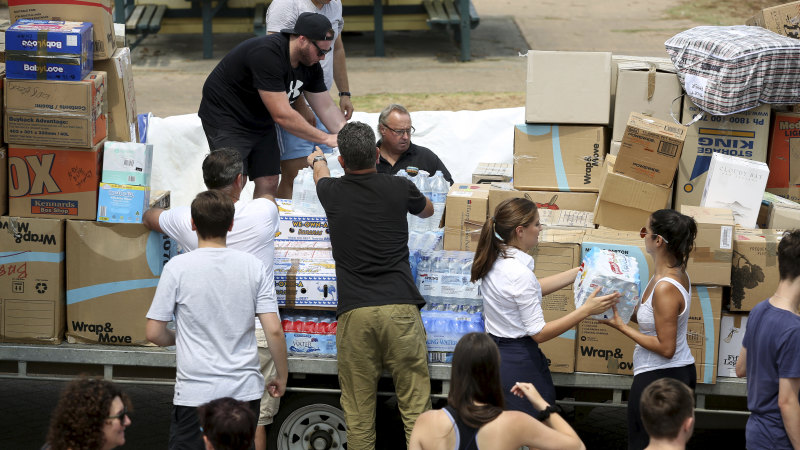 We could name many instances, but the list begins with the thousands of volunteer firefighters who have been defending communities along the eastern seaboard for several months. Their personal sacrifice in putting aside their family commitments, their jobs and small businesses, and putting their lives on the line, cannot be underestimated.

Behind them are many more thousands of people who have provided accommodation, countless meals for firefighters and simple support for logistics teams, police and medicos.

Celebrities have used their “pulling” power for good instead of the trivial. Comedian Celeste Barber has stunned everyone by raising more than $40 million from almost 900,000 people, using just the network attained through a Facebook page.

Then there are wonderful Sikhs from Melbourne’s south-eastern suburbs who set out in their van to Bairnsdale a week ago, and have been providing free meals to anyone who needs them. And the men and women of the Australian Islamic Centre raised funds first through a sausage-sizzle, then loaded up five truckloads of food and essentials for the firefighters and evacuees in Gippsland.

Wildlife rescuers have been scouring the bush for surviving animals. One koala rescue group in NSW has raised almost $4 million since the fires began in that state in November.

One of the most moving gestures was by the Victorian farmers and transport operators who have been loading hundreds of trucks with hay bales and water. Enormous convoys have roared up the winding roads to Omeo and Corryong, to farming communities where fires have scorched the land but surviving stock still need to be fed.

These are deeply humbling and humanitarian gestures. They are personal, practical and faithful actions that spring from inherent goodness.

Cash is needed most now, for recovery and to prepare for the worst of this bushfire season, which may still lie ahead. That is important to remember, because communities are more than social hubs; they are tiny economic units, each entwined with the next. They need the money to spend at the local businesses, not free goods from the cities.

Soon, the terrible economic consequences of these fires will become apparent, and rebuilding of businesses will need to begin. We can each do our part, by spending in the regions, holidaying there when it is safe, buying local and demonstrating how that Australian “mateship” thing really works.