IKEA to pay $66.5 million for death of child in furniture tip-over

admin January 7, 2020 World News Comments Off on IKEA to pay $66.5 million for death of child in furniture tip-over 80 Views 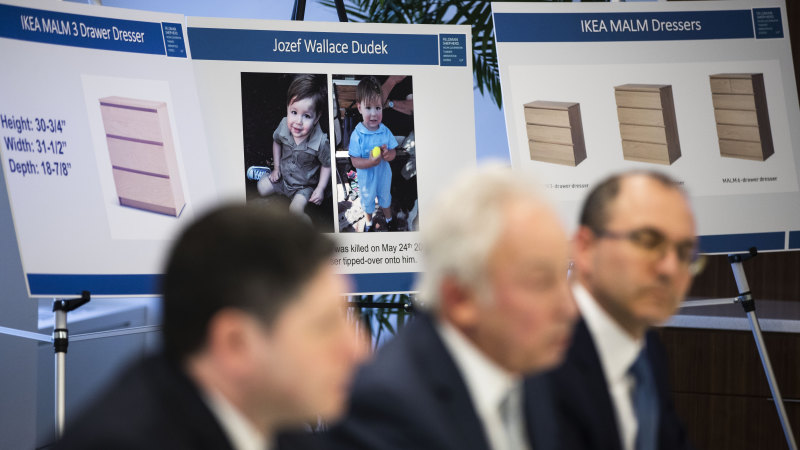 Craig and Joleen Dudek sued Ikea, claiming the company knew about the problem for years but failed to fix it.

The $US46 million settlement is believed to be the largest for the wrongful death of a child, the Dudeks’ lawyers said.

It comes after Ikea agreed in 2016 to pay $US50 million to settle three similar lawsuits stemming from the deaths of children killed by the retailer’s Malm furniture.

The Dudeks said at a news conference on Monday that they planned to donate $US1 million to advocacy groups that have warn about the dangers of furniture tip-overs, such as Kids in Danger and Consumer Federation of America. The family’s lawyers also said a top Ikea executive has agreed to meet with an advocacy group formed by parents whose children were killed by fallen furniture.

“While no settlement can alter the tragic events that brought us here, for the sake of the family and all involved, we’re grateful that this litigation has reached a resolution,” Ikea said in a statement. “We remain committed to working proactively and collaboratively to address this very important home safety issue.”

Ikea is not the only company faced with the problem of tip-overs. A Consumer Product Safety Commission report in November said 556 deaths were associated with tip-over incidents from 2000 to 2018, mostly children struck by furniture.