Perry back from injury as Vics thrash WA

admin January 7, 2020 Sport Comments Off on Perry back from injury as Vics thrash WA 65 Views 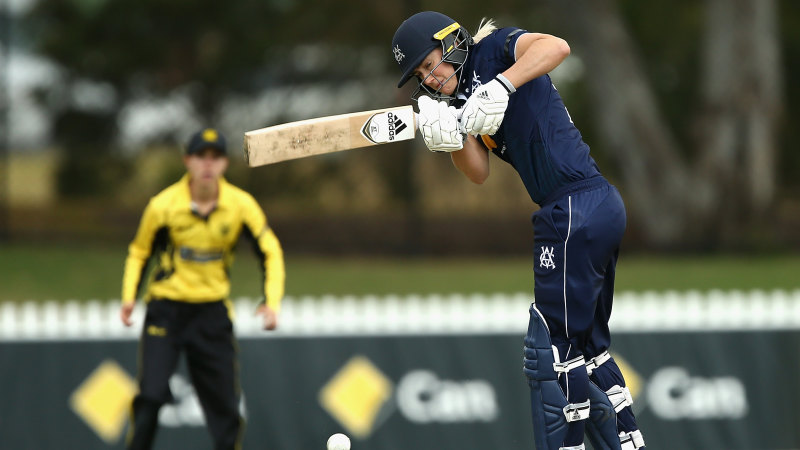 Elyse Villani helped put the home side in a commanding position after WA won the toss, with the opener belting 99 runs from 127 balls.

In reply, WA skipper Chloe Piparo top-scored with 60 from 76 balls for the visitors, but her departure at 3-103 in the 23rd over sparked a middle-order collapse.

Perry hasn’t played since injuring an AC joint while playing for the Sydney Sixers in November that ended her WBBL season.

She confirmed on Monday that although the amount of overs she bowled in her return would be restricted, she feels fully fit after a cautious rehabilitation.

Batting at No.4, Perry made 24 runs from 32 balls, including three fours, before she was caught by Piparo off the bowling of Nicole Bolton.

In her return from a mental health break, Victorian opener Sophie Molineux impressed with 47 runs in a 101-run opening partnership with Villani.

Previous ‘It’s a sorry sight’: Dead birds wash up on Mallacoota’s beaches
Next ‘Girls to the side’: Stephens says Brisbane schedule lacked respect