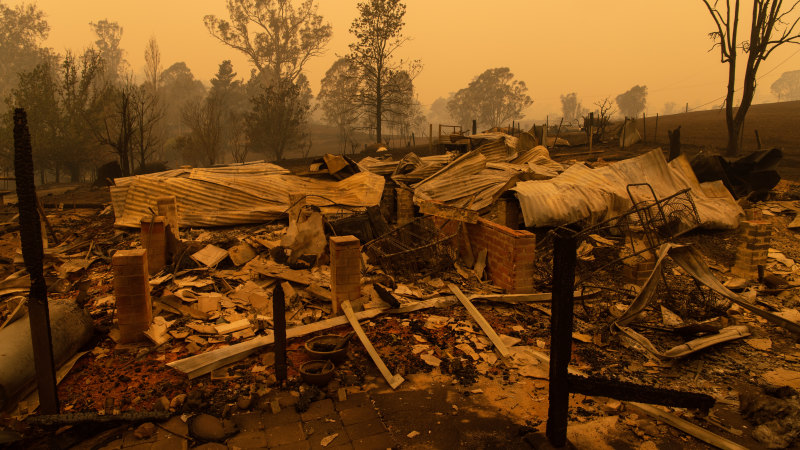 Treasurer Josh Frydenberg told insurance bosses at a meeting in Canberra on Tuesday to prioritise local tradespeople and said he had received a “guarantee” they would.

Campbell Fuller, head of communications at the Insurance Council of Australia (ICA), said insurers sought to use local contractors “where feasible and practical” but that “insurers’ priority is to help customers quickly and make sure repairs and rebuilding work are done to the highest standard in the shortest possible time”.

For that reason, many insurers had pre-existing arrangements with building companies, Mr Fuller said, adding some of those might use local subcontractors.

Joe Nasser, a plumber from Batemans Bay who has spent the days since the fires hit on New Year’s Eve doing jobs for friends and neighbours for free, said he had seen people from elsewhere arriving with building equipment and offering cheap rates.

“The local guys haven’t even had a chance to breathe,” Mr Nasser said.

Geoff Lawrence, a builder from the tourist town of Lakes Entrance on the edge of the Victorian bushfires, said locals should get the first chance at rebuilding work but noted “major Melbourne builders” had offices in the region.

Insurance claims from the fires across four states stand at almost 9000, totalling about $700 million.

ICA executive director Rob Whelan said the average contents claim was about $50,000, while house claims were about $300,000.

National Bushfire Recovery Agency boss Andrew Colvin said he was just getting his head around the sheer scale of the destruction and the different relief and recovery needs of communities.

“There are people who may not have lost their home but they don’t have a workplace to go to. There are businesses that may still stand but there’s no customers because the road is blocked and it could be some time before it’s re-established,” he told reporters.