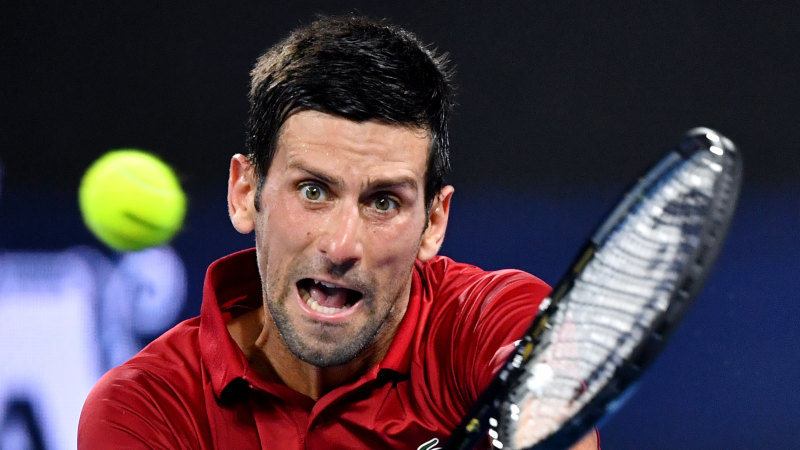 Djokovic, the president of the ATP Player Council, said he believed the events could work in tandem.

“Why not? I think this kind of format is something that would bring benefits and positive outcomes for the WTA tour, so that’s just speaking my opinion. Of course, I don’t know what are the numbers and how is that going to affect their schedule,” Djokovic said.

But, and there is always a ‘but’ when it comes to planning new events for the two world tours, Djokovic said there were still conversations to be had between the ATP Cup and the Davis Cup event held in Madrid.

They could merge, creating a teams ‘super cup’ that would be highly attractive to potential host nations, not just Australia.

“There’s been a lot of talks between Davis Cup and ATP Cup, merging maybe in the future. We are going to have some discussions in the council about it and see what is the feedback from players from the first ATP Cup year,” Djokovic said.

“Davis Cup has generated some good things but also some negative comments. And one thing that stands out about Davis Cup and about discontent from the players’ side is the fact that you cannot play at home any more. In my opinion, there should be some group stages, like the ATP Cup has, in several different locations.

“But I would honestly prefer seeing one competition rather than having Davis Cup, ATP Cup. I think it’s – especially six weeks apart – it’s really exhausting for players.

“We have an 11-month season – it’s fantastic, lots of opportunities – but at the same time I think it can be balanced, should be balanced, a little bit better; maybe slams not being so close or so far from each other.

“It’s not like we in the ATP can decide everything. It’s ITF, ATP, grand slams are independent entities, all these different things, you have to sit at the table and try to work things out, which isn’t the easiest thing.”

Djokovic had raised concerns about air quality at the Australian Open due to the bushfires but felt the matter had been treated seriously by Tennis Australia and was satisfied with its plans should smoke affect Melbourne in a few weeks.

In other ATP Cup results, Spain beat Japan in Perth, with Rafael Nadal overcoming Yoshihito Nishioka 7-6 (4), 6-4 while Austria suffered a loss to Poland in Sydney, which included an upset defeat to world No.4 Dominic Thiem, beaten by Hubert Hurkacz (37) 3-6, 6-4, 7-6 (5).

Previous Online fact-checkers confront deluge of bushfire misinformation
Next Donald Trump has a free pass in Iran. Russia and China won’t stop him