The strain of drinking an unlikely brew 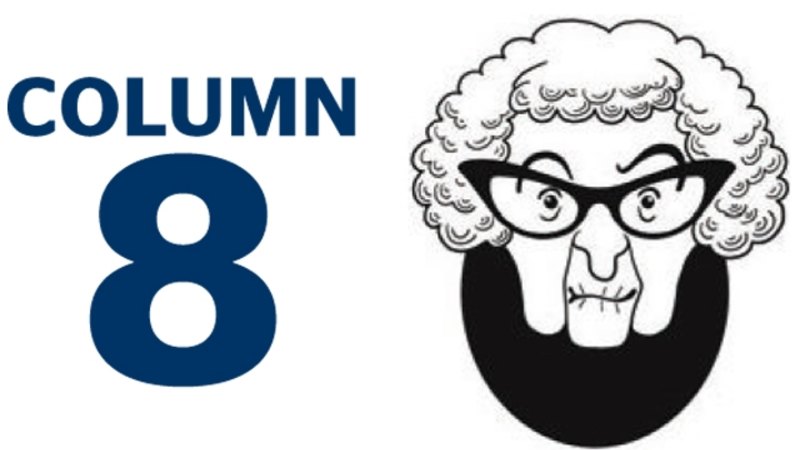 Ken Pares of Forster admits he is surprised by the confusion about the numbers on the back of test cricketers’ shirts (C8). “It is simple really. Each player is asked for his favourite Lotto number. As far as I know no one has taken the 11 numbers in Lotto yet but it could be worth a go.”

“I always thought the numbers on the back of each cricketer’s uniform (C8) referred to how many beers they downed on the flight to the Ashes tests in England,” observes Peter Miniuti of Ashbury. By that reckoning, any player in the current Australian team wearing a number over 52 on their back would have out-drunk David Boon. So that theory is clearly out, no need to send it to the third umpire.

Taking issue with Al Kildare’s no-brainer explanation (C8) is Lance Rainey of Lanitza. “A rhetorical question is a query posed in an argument that is not expected to be answered by the interlocutor but by the argument itself, and therefore requires the use of logic and brainpower to evaluate. Certainly it is not a no-brainer.”

Many years ago in a small village in the New England area, Murray Hutton of Mount Colah came across the Mercy Cafe which served “Koala Tea” (C8). “The waitress explained that it was made from a blend of local tea and koala droppings (a la civet coffee) that imparted a sweet eucalyptus flavour. Curious enough to give it a try, I ordered a cup of the special brew. It was presented to the table as tea leaves and rounded balls of droppings in a pot, but with no strainer. When I asked the waitress for a strainer, she gave an indignant look and proclaimed, ‘Sir, the Koala Tea of Mercy is never strained’.”

Maurice Collins of Wollongbar points out that “in Sydney, and most of Australia, breakfast tea (C8), morning tea and afternoon tea is called smoko. The Victorian town of Smoko got its name from people stopping there for a rest and a cigarette on the way to and from the goldfields.”

While driving through the maze of road construction on the Pacific Highway near Grafton, Jill Phillips of Ettalong Beach noticed “numerous signs which read ‘Do not follow your GPS. Please use the road signs’. It made me wonder where these motorists ended up and why they would feel the need to follow their GPS through a construction zone with barricades everywhere.”

Bodies of US firefighters retrieved as cockpit recorder may give answers

Wreckage from the C-130 Hercules was scattered for more than a kilometre over charred bushland, …