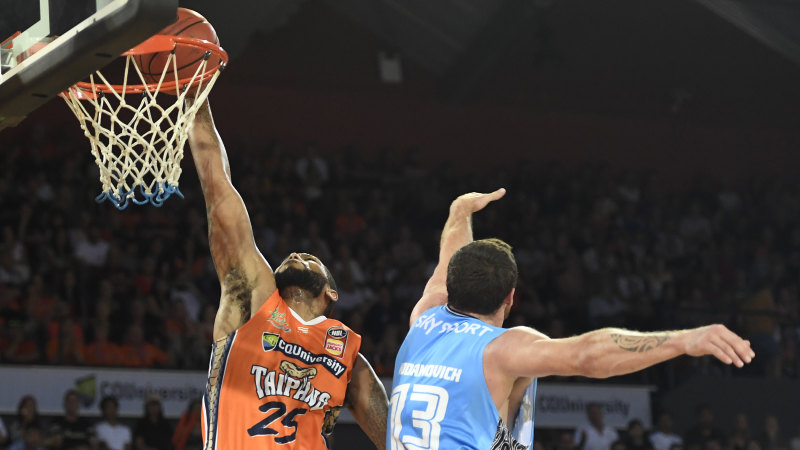 Machado hit a long three-pointer, while Newbill made clutch buckets in the final two minutes to seal victory.

The Taipans shot just four three-pointers for the match – their lowest tally of the season – but still managed to find a way to win against a Breakers side that came into the game on a five-match winning streak.

Machado finished with 29 points, seven rebounds and four assists to be the clear player of the match.

Newbill ended the game with 20 points, while Cam Oliver had 14 to round out the Taipans’ top scorers.

New Zealand found an unlikely hero in Rob Loe, who came off the bench to score 24 points in a career-best performance against his former side.

The centre was a shining light in the opening three quarters as the Breakers struggled to find individual winners.

Loe scored 17 in the opening two terms and had 24 by three-quarter time.

Breakers captain Tom Abercrombie was clutch for his side when it mattered, scoring nine points in the last quarter.

The veteran finished with 16 points for the game to go with his seven rebounds.

Scotty Hopson was the other New Zealand player to score double digits, banking 18 for the match.

The game was billed as a mini-final, with both sides fighting for a spot in the NBL’s top four. The Taipans were on a four-game winning streak, while the Breakers had won five in a row.

Cairns’ win elevated them to third spot on the ladder with a 12-9 record and puts them three wins clear of the fifth-placed Adelaide 36ers, who are 10-11.

The Breakers, who are 9-11, remain in sixth spot and are still a chance for fourth spot, having played one less game than Cairns and Adelaide.

The Taipans must back up quickly when they travel to Sydney to take on the ladder-leading Kings on Saturday evening, while New Zealand returns home to play Brisbane on Sunday.

Previous Kyrgios, Hewitt back de Minaur to deliver against Nadal
Next Taipans beat Breakers in ‘mini-final’ to move to third