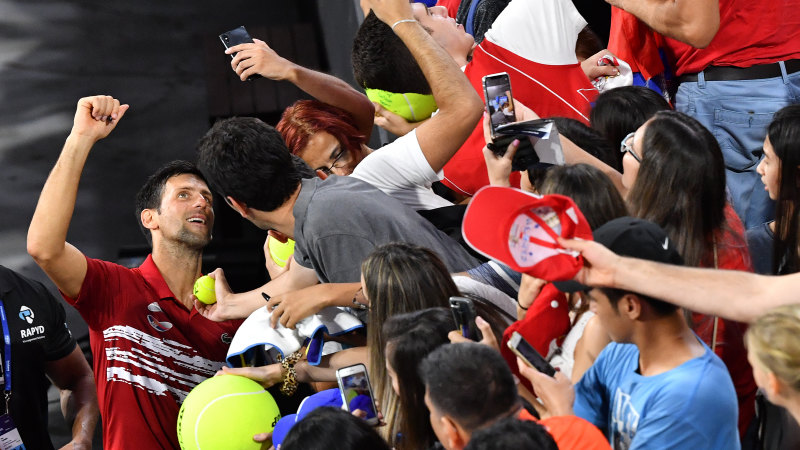 Djokovic said the set-up of the ATP Cup has made him closer with his teammates, whom he now sees as “family”.

“Having that journey through various places in Australia together feels like a World Cup to us a little bit, which I’ve never felt,” he said. “It’s quite exciting, to be honest.”

It is that newfound connection that Djokovic hopes will push his side to victory on Friday.

“We have been together now almost 10 days, and keep on going, so hopefully the success will follow as well.”

Djokovic gave Serbian crowds in Brisbane gift on Monday night as the clocked ticked past midnight into Serbian Orthodox Christmas Day, beating out the French pairing of Nicolas Mahut and Édouard Roger-Vasselin alongside childhood friend Viktor Troicki to claim the Group E win and propel Serbia into the quarter-finals.

“I think you can see it on the court,” Djokovic said after that match.

“I don’t need to talk about it too much, I showed my emotion because I really care about playing for Serbia. But I also care about being in a team with my friend … these guys are some of the best friends in my life.”