Godolphin looks to Conceited for another Magic Millions success

admin January 9, 2020 Sport Comments Off on Godolphin looks to Conceited for another Magic Millions success 93 Views 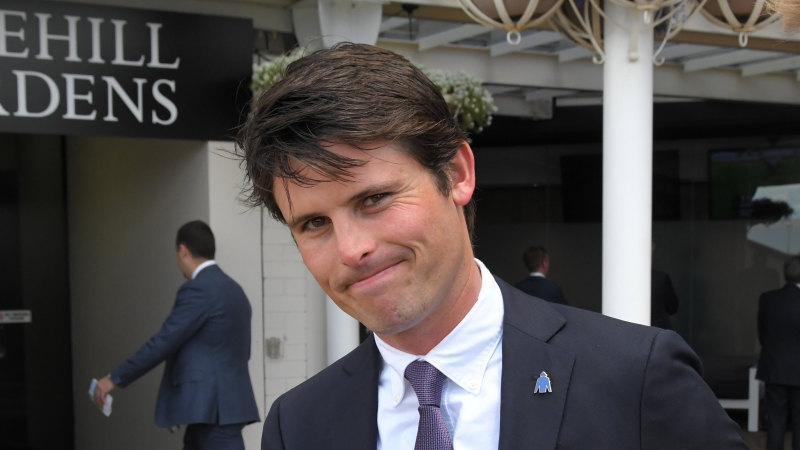 “Everyone has the same goal because this race is a headline act on this day,” Cummings said. “It is nice to see the statue because it is a big achievement.

“People probably think we will just do it again [and have a runner in the race]. The sport of racing is not that straightforward, it can be punishing and it hard to achieve something like this.”

Exhilarates’ win kick started Godolphin’s year and set a trend. Kiamichi’s Golden Slipper triumph and Avilius’ success in the  Tancred Stakes are celebrated on the Rosehill winning post while at Caulfield the win of Lyre in the Blue Diamond is also recognised with a statue.

It all starts again on Saturday with Conceited. The Godolphin buying team secured the colt for $625,000 at last year’s sale and he was one of five purchases that Cummings had to aim at the Magic Millions.

He was wasn’t a natural from the start but Cummings worked with him and got him to win on debut down the straight at Flemington in December. He followed the Exhilarates path of running him last weekend at the Gold Coast to get some experience on the track, where he was a fast closing runner-up behind Wisdom Of Water.

“He took some waking up early on,” Cummings said. “But he is a strong customer with a powerful finish, and what he may lack with brilliance and tactical speed he can make up with a late surge.

“You saw it at Flemington when it took him the whole straight to find top gear. He has had a look around at the Gold Coast and we saw that a sharper one might drop him with a turn of foot but he keeps coming.”

Cummings admits Conceited will have to improve to match the favourites like Aim and Farnan on Saturday, but believes the extra trip will suit him.

“Up to 1200m with a bit pressure and being third-up on the back-up gives him an opportunity to improve sufficiently to be a chance in the race,” he said.

Previous ‘It is about us’: Wanderers coach looks within to end run of outs
Next Not easy being green: Christian applauds spinner’s suspension