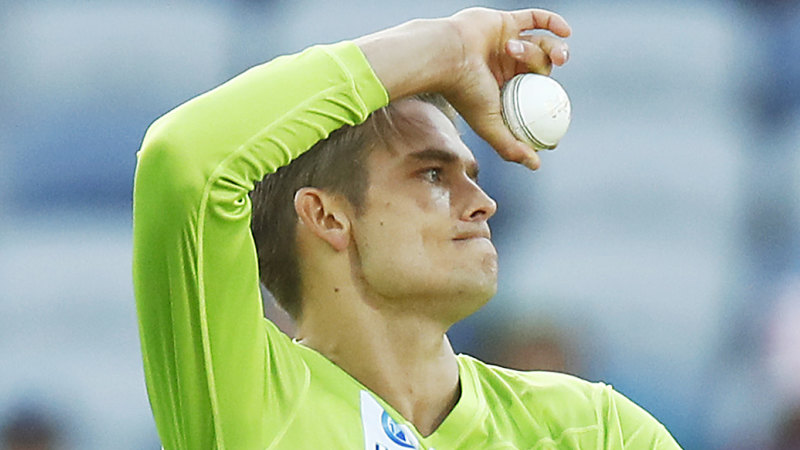 ‘‘Disappointing for Chris but, yeah, it’s nice to see the authorities are upholding the laws of the game,’’ Christian said on Thursday.

When asked if the tweet was about Green, Christian replied he would be ‘‘getting some throwdowns’’ before the derby in case he faced Stars’ off-spinner Glenn Maxwell.

Green, who was withdrawn from the Thunder team that lost to the Stars on Wednesday night, said he was ‘‘gutted’’ by the call but showed perspective in declaring his woes paled when compared to the bushfires.

‘‘Whilst the news surrounding my action is disappointing, I respect the process and the results of the test,’’ he said on social media.

‘‘Perspective is a powerful thing with what is currently happening in our country. Through the help of my coaches, I will be doing everything I can to get back to doing what I love with ball in hand.’’

Fellow Thunder spinner Arjun Nair was called for throwing last season but has reworked his action and played in all eight matches so far this season.

Green can still play in the BBL as a batsman. Under International Cricket Council rules, bowlers cannot straighten the elbow joint by more than 15 degrees from the moment the arm passes above shoulder height and the point the ball is released.

Nair said he was willing to help Green if asked, while Thunder coach Shane Bond expected Green to do what was required to get back. Green, a Twenty20 specialist, signed a six-year deal with the Twenty20 franchise on the eve of the season.

Green, however, will still be free to bowl in the Indian Premier League, where he has secured a deal with the Kolkata Knight Riders.

Christian has more immediate concerns as the Renegades acting captain with trying to deliver a breakthrough victory.

The Stars, having crunched the Renegades at the MCG on Saturday, have suffered an injury blow, losing Nic Maddinson to a shoulder problem.