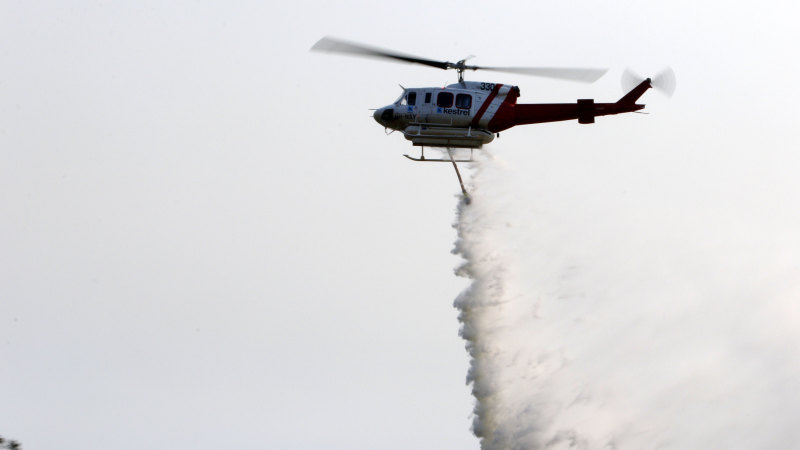 He swam to shore where he was tended to by paramedics.

The RFS has a handful of its own aircraft but the vast majority of its aerial efforts are through contractors.

The RFS uses hundreds of contracted machines to assist in firefighting efforts – although many of them badge themselves with the RFS insignia while associated with the organisation.

Planning is under way to recover the aircraft, which remained submerged on Thursday night.

One intersection, in the western suburb of Toowong, is in an LNP ward. The other, …