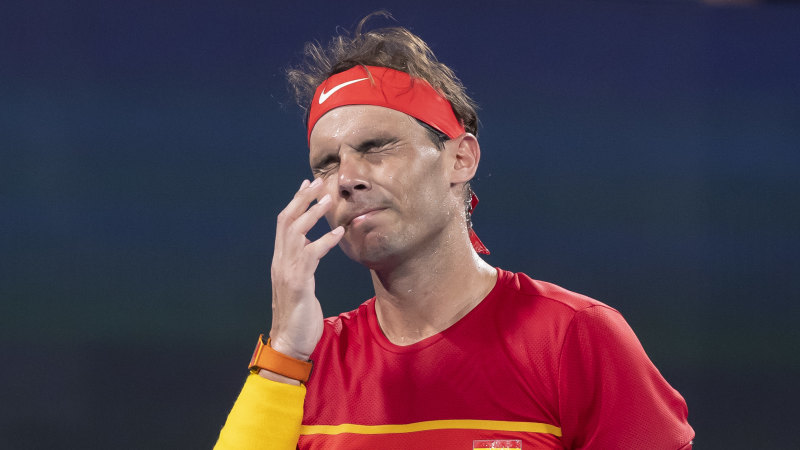 Nadal lost focus as a result of the Aussie heat, with both players soaked in sweat by the middle of the first set. Even after the sun went down in the first set, the temperature still remained at 30 degrees at Olympic Park at 8.30pm.

At one point, Goffin had to change his shoes due to the amount he was sweating during the game.

“The hand on the grip was not easy, but you just have to fight in those conditions,” Goffin said.

On top of the heat, Nadal was playing on an indoor hard court at Ken Rosewall Arena which has not historically assisted him against Goffin. In the five occasions the pair has met prior to Friday night, Nadal had only come up short once on an indoor hard surface in 2017 while battling an injury.

Goffin used both mental factors to his advantage over Nadal, almost effortlessly claiming the first set 6-4 which lasted a total 60 minutes.

Despite a comeback from Nadal which saw the Spanish star dominate the second set, Goffin managed to bring back the firepower and forced the tie-breaker.

Goffin proved early on in the tournament that he was able to handle the world’s best, beating Bulgaria’s former world No.3 Grigor Dimitrov 4-6, 6-2, 6-2 to propel Belgium into the quarter-finals.

He said after the match it was that win that gave him the confidence needed to beat Nadal.

The overall winner, which is to be decided by the doubles rubber, will take on Australia on Saturday night at 6.30pm. If Spain manages to claim the tie, 20-year-old Alex de Minaur will have to face up against Nadal.