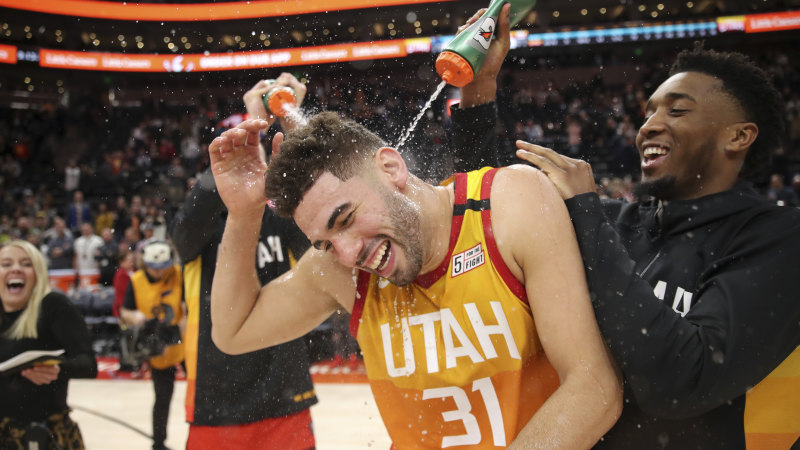 They momentarily moved to third in the standings before the Los Angeles Clippers regained the spot following their close 109-100 win over Golden State.

On a big night across the NBA that featured 10 games, none were bigger than the LeBron James’ Los Angeles Lakers taking on Luka Doncic’s Dallas Mavericks.

But the contest between two of the game’s biggest names fizzled, with the Lakers cruising to a 129-114 victory despite being without injured star Anthony Davis. The game also ended with Mavericks coach Rick Carlisle getting tossed after a second technical, and a frustrated Doncic ripping up his jersey in the first half.

James dominated with 35 points and 16 rebounds, while Doncic managed 25 points and 10 boards but shot just 8-19 from the field.

It was a night of streaks across the league, with Memphis now winning four on the bounce following their 134-121 shootout with San Antonio. The Grizzlies got 24 points from Jaren Jackson Jr and 22 from Ja Morant.

The New York Knicks have slumped to a fifth straight defeat, this time falling victim 123-111 to New Orleans, who were led by Brandon Ingram’s 28 points.

In Phoenix, Devin Booker scored 24 points, including back-to-back triples in the final minute, to lead the Suns to a 98-94 thriller over Orlando.

A short-handed Indiana got a season-high 27 points from Myles Turner to withstand Chicago by 11 points, while Milwaukee beat Sacramento 127-106. Atlanta remain the worst team in the league, losing for the 14th time in 16 games with a 111-101 defeat to Washington.