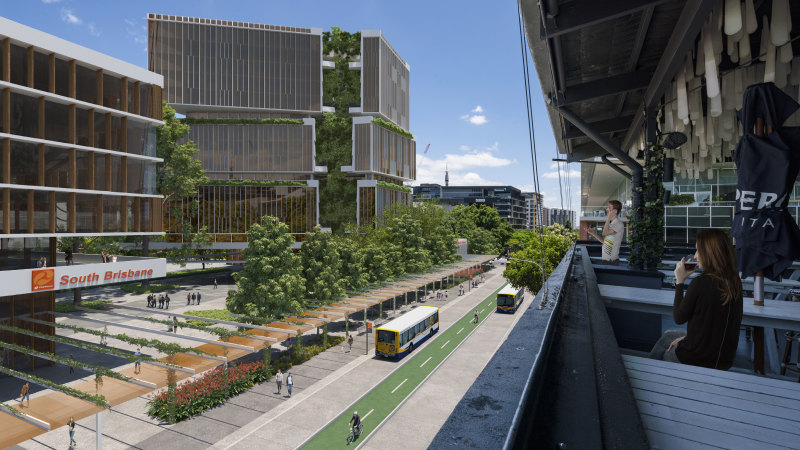 “The reality is delays do cost money, but it is fantastic we are now under way and have state government support for this critical project,” Cr Adams said.

“Brisbane Metro will happen – it is fully funded by Brisbane City Council and the federal government.”

The request prompted an angry lashing from lord mayor Adrian Schrinner, but by the end of the year state and government had patched over the rift and early work for South Brisbane began.

Contractors that had already tendered for the Cultural Centre station were left waiting for a solution, with industry warning the council could have to pay more to those contractors left in the lurch after putting in multimillion-dollar bids.

“We are continuing to finalise the tender process and work with the state government on the Cultural Centre station options, with specific costs yet to be finalised,” Cr Adams said.

For the current financial year, the council budgeted $125 million, of which $7 million had been spent across July to October last year.

As of September last year, $12 million of spending went to the Brisbane Metro business case, and almost $29 million for design and technical investigations.

Sixteen million dollars were spent on purchasing land, and more than $1 million on marketing and communications for the Metro project.

Late last year, the council announced that electric vehicles for Brisbane Metro had been selected, with some fit-out work to be completed in Brisbane.

“Blowouts and delays are what we’ve come to expect from this unelected lord mayor,” Mr Condren said.

“Yet he is still spending hundreds of thousands on misleading ads suggesting it’s already running.

“This unelected lord mayor is more interested in promoting himself than delivering improved public transport for Brisbane.”

Free child seat checks: can we get a steam clean too?