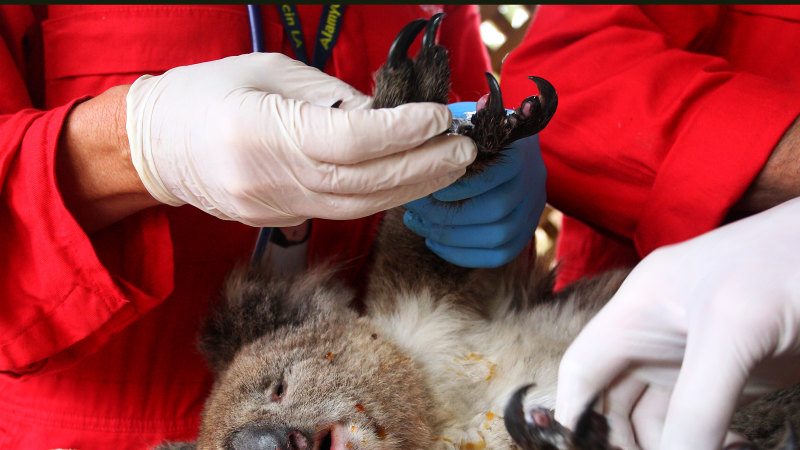 “Any species whose entire habitat was wiped out could be extinct now, like some birds that were endemic to certain areas that were burnt by these fires,” Professor Hayward said.

“There are very few scientists left to do this work across the national park estate. A species could go extinct and we might find out in 10 years.”

Charles Sturt University professor of ecology David M. Watson said “we don’t know” beyond a guess where animal and plant losses occurred, and to which species, due to lack of capability in state wildlife agencies.

“Monitoring in this country doesn’t occur on anywhere near the scale we need to even have a ballpark guess at how bad this is,” Professor Watson said.

“Around the world scientists are saying ‘holy crap!’ We can’t make the same assumptions about how the world works any more.

“The feds [federal government] really need to step up, and not just rely on the states asking for money. The environment has been grossly underfunded for so long.”

Ms Ley said the koala population had taken an “extraordinary hit” and some local populations in northern NSW and south-east Queensland may need to be shifted from a vulnerable listing to “endangered”.

Ms Ley and Treasurer Josh Frydenberg announced on Monday that $25 million would go to wildlife carers, hospitals and zoos to breed insurance populations and get out into the field.

Another $25 million tranche will be managed by Threatened Species Commissioner Dr Sally Box to co-ordinate expert advice on a long-term strategy.

Professor Hayward said breeding populations in zoos to introduce into the wild could be a productive measure, but it would require long-term research.

“Just rebreeding on its own won’t work. You’ve got to identify the problem. Sometimes when you rebreed and let them into the wild, foxes and cats will knock them off,” he said.

“Cats and foxes can smell a fire front and go to it. They’ve evolved to know it brings easy hunting. There’s research showing cats move 15 kilometres to reach a fire front.

“It’s like the game Jenga – if each block is a species you might be able to pull out a few from different rows. But we’ve already had a fair few pulled out. We don’t know which one will make it all fall, and bring catastrophic change. It could be the invertebrates, insects or the pollinators.”

An avid shooter in her spare time, Senator McKenzie also did not publicly disclose she …