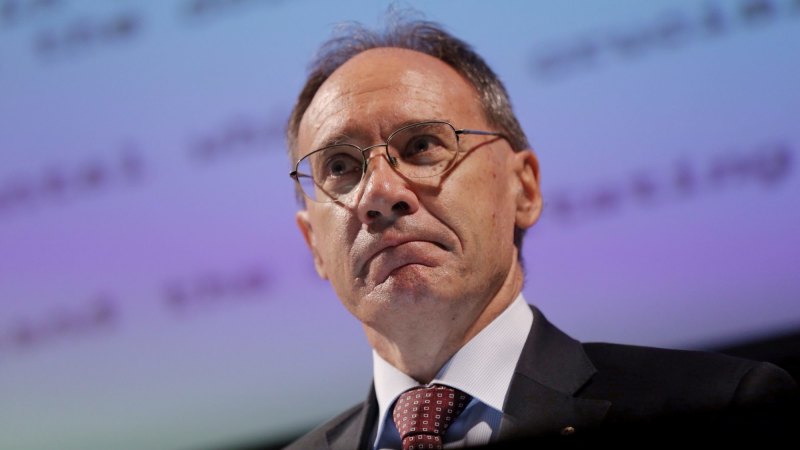 “Our past leaders created confidence less by media management and more by their ability to smell the smoke, and act before damage became too great,” Mr Harris said.

In a sharp criticism of the government’s deregulation agenda, Mr Harris said “the best that can be currently said in Canberra for structural reform is to trot out that old whipping dog, red tape, and give it another beating”.

Mr Harris offered three proposals for the government to get the economy moving from its slowest rate of growth since the global financial crisis: hike rental assistance payments to welfare recipients, give tax credits to low income earners and increase wages for apprentices by giving their employers a tax break.

Up to 60 per cent of people receiving Newstart experience rental stress – paying more than 30 per cent of their income in rent – according to figures provided to Senate estimates by the Department of Social Services last year.

Mr Harris was appointed to the Productivity Commission under the Gillard Labor government. He served the Coalition for a further six years.

He suggested an “earned income tax credit” – in place in the United States and the United Kingdom – could give low income earners a tax cut in exchange for reduced increases in the minimum wage and would both increase employment and disposable incomes.

“Most attractive of all might be to materially increase the wages of apprentices and higher-level TAFE certificate students, by agreement with their employers, with the additional costs offset by a new tax rebate,” he said.

“Certificate holders and apprenticeship numbers have been falling, a serious structural issue without a current solution.”

Prime Minister Scott Morrison was contacted for comment on the proposals published in an opinion piece for The Sydney Morning Herald and The Age on Wednesday. All three have previously been advocated for by the Productivity Commission – the government’s principal advisory body on microeconomic policy.

“We are pursuing reforms across the tax, industrial relations, deregulation, competition, education and health systems allowing us to produce more with what we have.”

Commonwealth Bank chief economist Michael Blythe said despite the headwinds, the Australian economy was better placed than most to get through 2020.

“Some perspective is required,” he said. “Progress in reducing unemployment may have stalled. But employment growth is strong and the unemployment rate at 5.2 per cent remains well below 2014-15 peaks of close to 6.5 per cent. Wages growth is subdued. But low inflation rates mean small real wage gains are being eked out.”

ANZ-Roy Morgan consumer confidence figures released on Tuesday also showed a 1 per cent jump – indicating the economy and retailers may get a post-Christmas bounce after a torrid end to 2019.

A mental health clinician working in a Sydney quarantine hotel, who spoke on condition of …