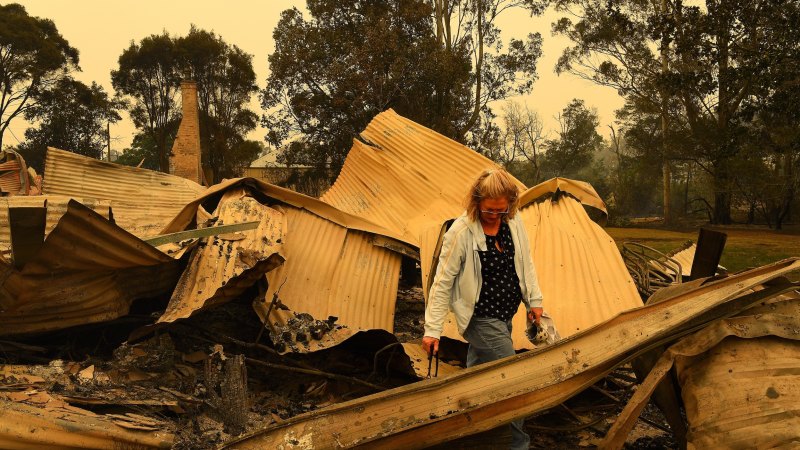 “The scale of the problems is enormous – we’ve talking about over 100,000 small businesses in Australia that are significantly impacted,” Ms Carnell said.

“The ones that can be in the worst position are the ones that are not directly impacted by the fires but have no customers because of the fires.

“Insurance won’t cover them but they are the businesses that will potentially go broke if there isn’t support very quickly.”

Ms Carnell said one option was to offer help to workers who might be stood down by employers or put on fewer shifts because they were short of cash.

While assistance is already available for companies that have lost assets in the fires, Ms Carnell said the criteria could be broadened to help more employers and employees.

“The employers need a way to manage staff that they can’t keep but cannot pay right now,” she said.

“They’ve got to be able to stand down their staff.”

Other ideas raised at the roundtable included a campaign to promote tourism in areas that have recovered from the fires.

Ms Carnell said donations of food and clothing did not help local communities when money – and possibly a voucher system – would do more help by putting cash back into local retailers.

The Australian Banking Assocation’s Anna Bligh said her members would work with small businesses to provide “help that is tailored to each customer but could include deferring payments, restructuring loans, waiving fees, among other possible forms of assistance”.

She acknowledged calls for big businesses to pay small business invoices faster, regardless of payment terms, saying “I think everybody wants to be shoulder to the wheel” in the wake of the crisis.

Council of Small Business Owners of Australia chief Peter Strong said employers in the tourism sector needed urgent help after telling the Prime Minister during the roundtable they could not wait for the Easter holiday season to recover.

“What’s needed is immediate action for businesses to stay open so that tourists can come back,” Mr Strong said.

The Australian Chamber of Commerce and Industry’s chief executive James Pearson said the government could lend up to half-a-million dollars interest-free to affected businesses over 10 years to “give businesses the confidence to reinvest and rebuild”.

Mr Pearson said Mr Morrison also made a “clear commitment” to reduce the amount of red tape fire-affected small businesses had to wade through to access existing $15,000 recovery grants.

“That money needs to flow within days not weeks,” Mr Pearson said.

Business owners from fire-hit areas including Mallacoota, Eden and Bega told the Prime Minister of the cash-flow shortages they were suffering from the loss of business.

Ms Carnell was cautious about offering concessional loans to employers when the priority should be to inject cash into their businesses.

“There’s no point giving an interest-free loan to a business that’s going to struggle to pay it back,” she said.

“Extra debt is not the right answer for many small businesses.”