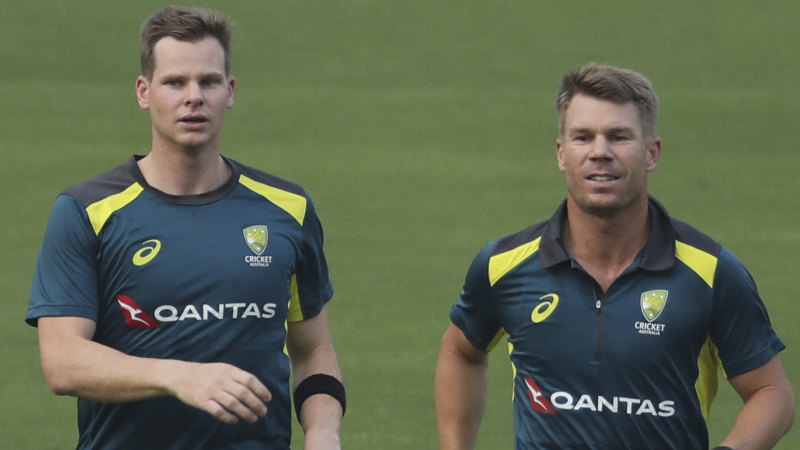 “There was no cricket on at the time. Cricket Australia can’t basically schedule retrospectively against the Hundred. There are lots of Australians who have made commitments to the Hundred. My gut feeling is they [players] will all turn around and say: ‘Find some other dates’,” he told The Age and Sydney Morning Herald.

“They [CA] have got to get their scheduling much further in advance, they can’t just do it now. That’s my view.

Australia’s home campaign is incredibly disjointed this summer. One aspect has meant the Australians have been forced to head to India for three one-day internationals, which began in Mumbai on Tuesday night.

The International Cricket Council’s future tours program had originally planned the Zimbabwe series for June but CA and the Zimbabwe Cricket Union are looking at a mid-August schedule, which is likely to clash with the end of the Hundred, which concludes on August 15. The Hundred features 100-ball matches and is a more compact version of Twenty20 for television purposes.

CA said on Tuesday the dates for the Zimbabwe series had not been finalised but there was the expectation any player chosen would represent his country, as is the case when the Indian Premier League overlaps with international commitments.

The England and Wales Cricket Board hopes that CA will rest its star players for the Zimbabwe series and use it more to assist developing talent.

Erskine isn’t the only player agent concerned, with others confirming a “window” had originally been carved out for players to compete in the Hundred that begins immediately after Australia’s mid-year white-ball tour of England.

“Surely there are enough dates to work it out. I can’t believe that Zimbabwe are that busy. There is no way Cricket Australia can upset the English cricket board.

Steve Smith, Mitchell Starc and Aaron Finch joined Warner in securing the maximum contracts at the auction. Dan Christian, Glenn Maxwell, D’Arcy Short, Chris Lynn, Nathan Coulter-Nile and Adam Zampa are the other Australians signed to Hundred teams, while men’s national team assistant coach Andrew McDonald could also have a call to make, for he is coach of the Birmingham Phoenix.

The Zimbabwe series could also have implications for Australian players with English county contracts.

The Zimbabwe series falls in the next CA contractual period, when players could technically protest by refusing to accept their annual deals.

Zimbabwe haven’t toured Australia for a bilateral series since the summer of 2003-04. While this latest campaign would not be a marquee series, it would provide fresh content for Fox Sports, which has exclusive coverage of Australian-based one-day internationals as part of the $630 million it shelled out in a six-year deal worth an overall $1.2 billion with Seven West Media in 2018. It is this money that largely bankrolls the sport.