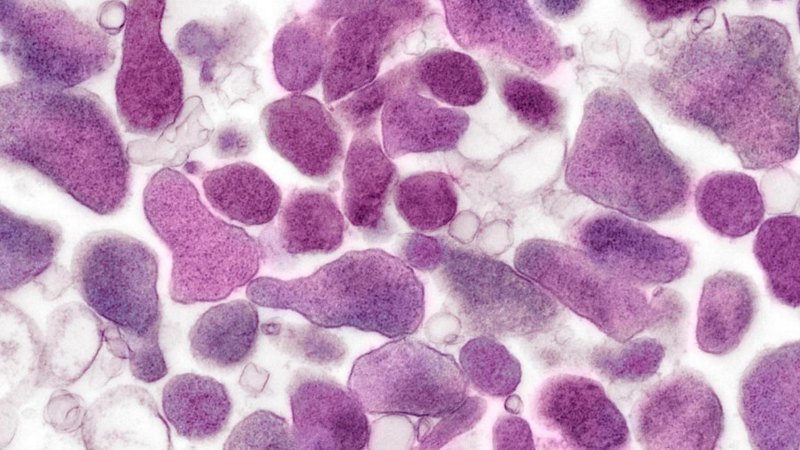 Almost 1600 cases of syphilis were reported in Victoria last year, compared to 654 cases in 2014.

Health authorities warn, however, this is an underestimate with lab results taking weeks to be processed, making it likely more cases from last year will emerge.

“The question that always comes up is: ‘Is it an increase in promiscuity or online networking?’ But it’s a lot more complex,” said Monash University’s Associate Professor Marcus Chen, from the Melbourne Sexual Health Centre.

“It’s too simple to say there’s more promiscuity, or more sex because people are meeting online and that’s why it’s gone rampant, because there’s actually very little proof for that. What’s most concerning is the increase in the disease among heterosexual men and women. When you look at the numbers in women, it’s gone up exponentially.”

Data from the Victorian government’s infectious diseases surveillance report reveals that Melbourne City Council recorded the highest outbreak, with 141 reported cases of syphilis, up from 47 in 2014.

In Port Phillip, rates of syphilis have more than doubled with 116 reported last year, compared to 54 in 2014.

Stonnington, in the city’s south-east, which includes Prahran and Toorak, recorded 106 cases compared to 63 in 2014. Yarra recorded 91 cases last year, while rates of the STI in Moreland in the city’s inner-north almost tripled with 71 cases.

In the city’s outer suburbs, there were 53 cases of syphilis diagnosed in Brimbank, 47 in Hume and 37 in Melton. Prior to 2014, the disease was largely detected in men who had sex with men, but last year more than 150 women were diagnosed with the infection.

Researchers are not yet certain what is behind the outbreaks, but speculate lower-socio economic communities are at heightened risk, and not enough heterosexual testing is being undertaken.

“We’re getting a feel there’s an element of marginalisation linked to outbreaks,” Associate Professor Chen said. “There’s obviously something driving new infections, but if testing and treatment was sufficient to offset it, then you wouldn’t get a worsening epidemic, which is what we are seeing.”

Syphilis first appeared in the 15th century. It begins with an appearance of sores or ulcers, then develops into a rash, and, if untreated, can eventually cause a brain infection and dementia. It can be tested via a blood test and cured with penicillin, but concerns remain for those who don’t seek treatment.

It spreads through skin-to-skin contact during unprotected sex, but can also be acquired congenitally when a pregnant mother with syphilis infects her unborn infant through the placenta.

There have been four cases of babies born with congenital syphilis in the past two years. In August 2018, a baby died of the disease for the first time in 14 years.

“If you treat a woman, who has got syphilis early enough in pregnancy with the right penicillin it’s 100 per cent preventable,” Associate Professor Chen said. “These are tragic and avoidable cases.”

Professor Kit Fairley, director of the Melbourne Sexual Health Centre, said Victoria was in the grips of a “sexual health crisis” fuelled by inadequate access to publicly funded service.

“We are reaching a new epidemic and we are at a crossroads,” he said. “For the first time in more than a decade, babies with syphilis are dying. Yet, Victoria has only one major publicly funded sexual health service for a population of almost 6 million.”

A Health Department spokesman said a working group was guiding the implementation of the review’s findings.

In 2018-19, the government allocated more than $47.5 million into sexual health spread across community health, primary care, Aboriginal and tertiary services.

Rates other sexually transmitted diseases including chlamydia and gonorrhoea have also surged in Victoria in the past decade and were now at rates similar to before the HIV epidemic.

A drug-resistant strain of a highly contagious sexually-transmitted bowel infection, known as shigella bacteria, was also on the rise in Melbourne.

‘It was extraordinary’: Bottle shop boom as alcohol sales soar