Drought-breaking rain likely to cause greenhouse emissions to rise 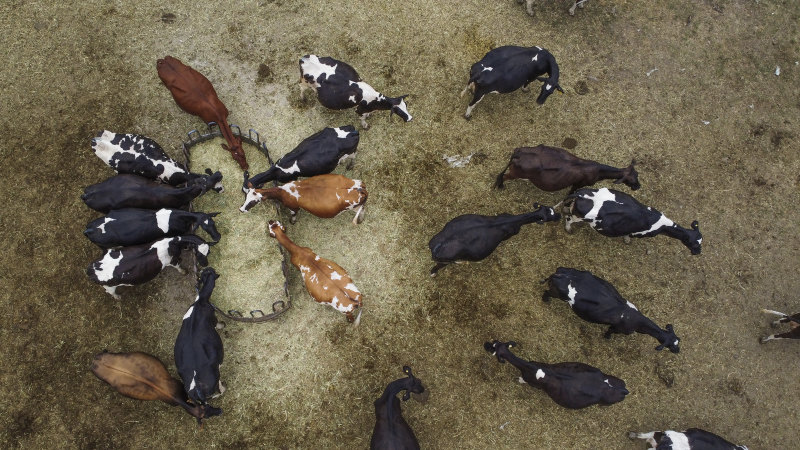 Showers and thunderstorms forecast for the coming week are expected to deliver falls of 20 to 40 millimetres across the eastern half of NSW, with a likelihood of far heavier falls in some areas. However, more will be needed for significant widespread pasture growth.

“A break in the drought could push our emissions so they are again trending upwards,” Australian National University Climate Change Institute Professor Mark Howden said.

“Farmers will as quickly as possible build up their breeding herd and this will result in a rapid increase in recorded greenhouse gas emissions,” he said.

“During drought animals’ feed intake is likely to have dropped and that further reduces emissions. When it breaks cattle are likely to eat a lot more and increase emissions.”

In December Mr Taylor announced new projections showing for the first time Australia is on track to meet its emissions reduction targets under the Paris climate agreement.

“The latest emissions projections assume there will be growth in the agriculture sector and an increase in livestock emissions – and also show that we will meet our 2030 target,” Mr Taylor said.

“But we won’t be forcing the agriculture industry to reduce livestock numbers simply to reduce emissions – many farmers are already doing it tough with drought conditions and the bushfires.”

Under current trends Australia will need the Kyoto carryover credits, which Australia obtained through overachieving on previous international commitments under the Kyoto Protocol, to meet the Paris commitment to cut emissions on 2005 levels by 26 to 28 per cent by 2030.

“There are some positive signs like the fact the Agriculture Ministers Council has backed the national work program on climate change and agriculture, but we now need to see funding and implementation,” Ms Morgan-Schmidt said.

African Swine Fever has wiped out 40 per cent of China’s swine herd and the country has an insatiable hunger for protein, with beef imports from Australia jumping 84 per cent in 2019.

“Any cattle that can be finished [fattened] are selling well,” Mr Gidley-Baird said.

“We would see an immediate impact if there was widespread rain. It would drive prices even higher.”