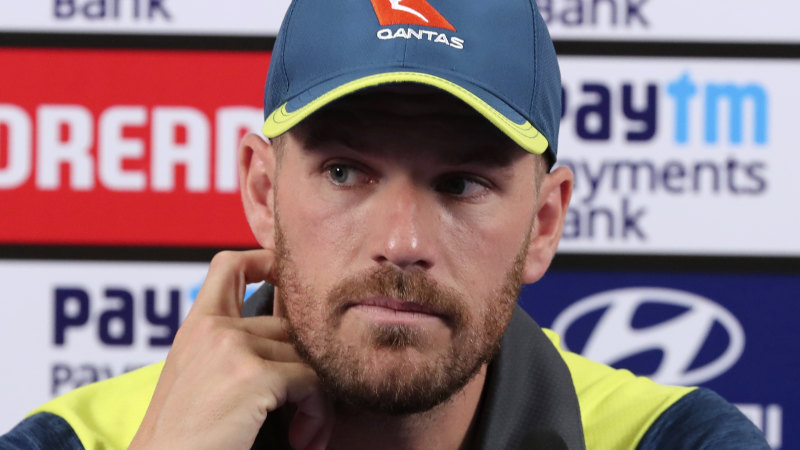 That record could be crucial to Australia’s success in upcoming big tournaments given how much white-ball cricket will be played in India during the next three years.

There is a Twenty20 World Cup in the country next October, while Australia will return in February 2023 for the one-day tournament.

Finch will be 36 by the time of that 50-over tournament but has said he would still like to be playing when Australia go in pursuit of the trophy.

“I haven’t really thought about it too much. I would love to play in the 2023 World Cup but it’s a long way away,” he said.

“I enjoy batting here. When I get in I have probably got hundreds recently.”

If Finch isn’t still around, Alex Carey or Pat Cummins would shape as the likely leaders for that World Cup.

The Aussies play plenty of white-ball cricket this year but they have put their main focus into Twenty20 planning before worrying properly about 2023.

England won last year’s tournament based on a four-year revolution of the one-day game, changing the way they approached their batting innings.

Australia have always maintained the best strategy is to build a solid foundation before exploding late.

They were first for the majority of the round-robin stage of last year’s tournament but were flogged by England in the semi-final at Birmingham.

And Finch said at this stage he still believed they had the right approach to be successful in the one-day game.

“I feel as though the strategy and game plan we had was good enough to win the World Cup but it just didn’t come together at Birmingham,” Finch said.

“We’re still with two or three years until the World Cup.

“There is plenty of time to change if we think we need to.

“We’ve still got the T20 World Cup coming up, with so much T20 cricket I think there will be an opportunity after that to really nut it out.”

Previous Drought-breaking rain likely to cause greenhouse emissions to rise
Next ‘Sick to my stomach’: Holly Holm spurred on by close calls