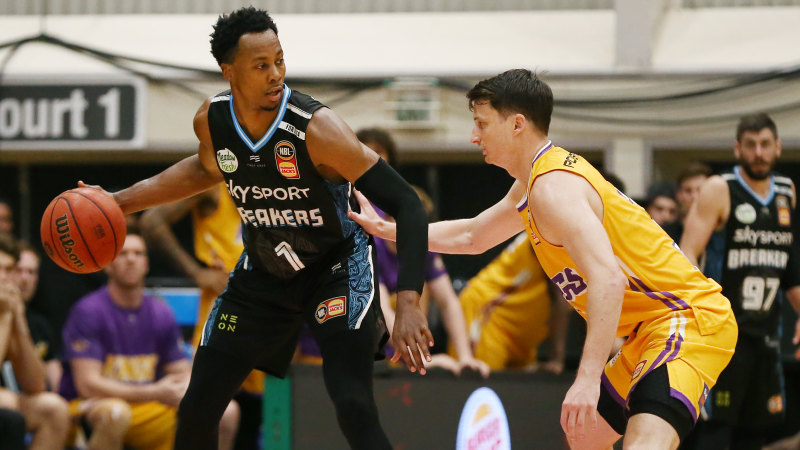 The visitors pushed out to a six-point advantage in the final quarter but their offence dried up at the worst possible time as the Breakers launched a 9-0 run to secure the upset win.

With the home side holding an 81-78 lead, Sydney guard Casper Ware narrowly missed a game-tying three-pointer.

Breakers centre Robert Loe then drilled a triple with 30 seconds to play before Jarrad Weeks held his nerve from the free-throw line to ice the result.

The import swingman scored 13 first-quarter points on the way to an impressive 30 points, six rebounds and five assists.

Loe finished with 18 points, while Weeks (14 points, six assists) and Finn Delany (11 points, 13 rebounds) played their part in the victory.

Jae’sean Tate led the Kings with 22 points, despite fouling out early in the fourth quarter, while Ware added 17.

New Zealand made an encouraging start as Hopson combined with Loe to build a 16-10 advantage.

But the Kings responded with Xavier Cooks drilling a triple with time expiring to level the scores at 24-24 after one quarter.

Cooks opened the second frame with another three, but scoring proved difficult for both teams until the Kings edged ahead by seven approaching half-time.

But Hopson drained a late jumper to finish the first half with 22 points and cut Sydney’s lead to 48-43 at the main break.

New Zealand’s task became much harder when forward Brandon Ashley was ejected for a pair of unsportsmanlike fouls in the third quarter.

But the home side remained in the hunt despite Ware nailing a clutch three-pointer to hand his side a 70-68 lead heading into the fourth quarter.

Previous Photos of the week, January 16, 2020
Next Kings crack under late pressure from Breakers in NBL upset