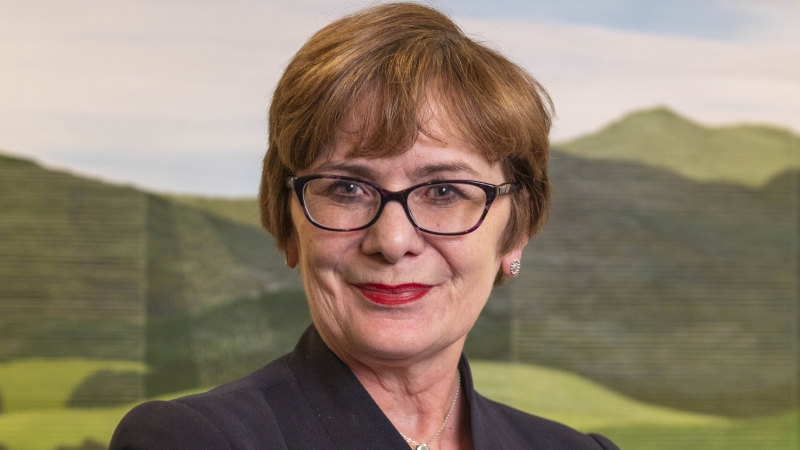 Research released on Friday, conducted by the UTS Centre for Media Transition on behalf of the Australian Communications and Media Authority, found 83 per cent of respondents were concerned that news on commercial television and radio broadcasters was influenced by large advertisers, and 88 per cent were concerned news is made more dramatic or sensationalised to attract viewers.

Almost 100 per cent of respondents notice commercial influence in all sources of news, and 76 per cent are concerned media companies use the news to promote businesses they own or have commercial interests in.

Of daily news consumers, 39 per cent are concerned it is being reported from a particular point of view, while 38 per cent of those who read newspapers at least once a week think this is the case.

The research, a collection of both qualitative and quantitative data, looks specifically at the impartiality and commercial influence in news. Its findings were “quite surprising”, according to ACMA chair Nerida O’Loughlin.

As Australian consumers scrutinise reporters’ ability to remain impartial and question the influence of advertisers, broadcasters face greater pressure to address these issues and prove trustworthiness.

A monitoring program conducted in June last year by the ACMA looked at a number of examples where consumers may be mislead or confused by potential commercial relationships, such as reporters going on trips to report on the release of new products or segments presented by a spokesperson for a company rather than a reporter.

One example used was a Nine News Now report on retail chain Big W’s Toy Mania sale featuring products and prices without disclosure of a commercial relationship. (Nine Entertainment is the owner of this masthead.) Nine said it was not a commercial arrangement. The ACMA said this was a potential example where lack of disclosure as to whether money had exchanged hands could confuse viewers, or cause them to be sceptical.

Another example used was a Seven News segment on a new Samsung television available at Harvey Norman, which was followed by an advertisement for the product at the retailer.

“In a broader sense what we were interested in was the whole impact of the changing landscape on news and the retention of factually accurate informative news on television and radio and see whether some of the issues about trust, which were seen in the online space, were playing out in the broadcasting space.”

“I would think it would be difficult [to detect commercial associations] a lot of the time, which is
why I have a general sort of a lack of trust … You never know behind the scenes what kind of
strings are being pulled to decide what stories get run and which stories get cancelled and why
they get cancelled or why they are run,” a participant from Mount Gambier said.

You never know behind the scenes what kind ofstrings are being pulled.

An older participant from Port Lincoln said it was important to disclose all relationships. “If you’re having truth in journalism it should be stated clearly that even if you’re sponsoring another program on our channel, that’s going to have no influence whatsoever on any broadcasting of our news,” they said.

The research, Ms O’Loughlin said, found that while television and broadcast radio were still trusted sources of news, there was a perception that bulletins had commercial influence, even if they did not.

“Some might think there’s a commercial relationship sitting behind it and it’s not,” Ms O’Loughlin said of the research.

“Retaining trust in those services is really essential and if you have things like increasing commercialisation, perception of less impartial news, it all adds into that sense of a lessening of trust in those very trusted sources, which is what we are worried about,” she added.

But many of the concerns raised in the ACMA’s paper is not new or limited to broadcasters.

Research conducted in 2017 found Australians were incredibly concerned about impartiality, bias and the separation of fact-based and opinion-based news content.

The Digital News Report, released by the University of Canberra last year, found 62 per cent of Australian news consumers were worried about determining what is fake or real on the internet. Australians were found to be the world’s most likely to share dodgy articles online, with almost half of Generation Z using social media as their main source of news.

Concerns about commercialisation in news have also been long-standing. In 2001, research commissioned by the Australian Broadcasting Authority found more than 85 per cent of Australians thought commercial sponsors were very influential or somewhat influential in news coverage.

Meanwhile, an international study that looked at disclosure statements conducted overseas found that even if the statements were made, recognition of the advertising was low.

The Free TV Code of Practice currently requires broadcasters to present news fairly and impartially, and to distinguish factual material from commentary and analysis.

In radio, current affairs programs are not required to be impartial but a licensee must provide reasonable opportunities for “significant alternative viewpoints” when dealing with controversial issues of public importance.

Free TV chief executive Bridget Fair, who represents the interests of Nine Entertainment, Seven West Media and Network Ten, said if there was a need for further regulatory measures, they needed to be for social media platforms.

Facts are very different from perceptions, and the job of a regulator is to respond to facts, not feelings.

“If there is a need for further regulatory measures, it is in relation to social media and online news platforms which are in effect the Wild West of news content. Commercial television already has extensive and appropriate safeguards in this area which are subject to ACMA oversight,” Ms Fair said.

“In this era of foreign interference, fake news and misinformation on social media and online news platforms, it is understandable that there is a heightened perception of issues such as commercial influence, bias and lack of trust across all news sources.”

Prior to the research, the ACMA received 313 separate complaints about impartiality-related matters on television and radio between 2015 and 2019, 20 of which were about potential commercial influence. Four breaches were found.

“Facts are very different from perceptions, and the job of a regulator is to respond to facts, not feelings,” Ms Fair said. “The facts contained in the ACMA discussion paper demonstrates that the level of concern expressed by commercial television viewers regarding issues of impartiality and commercial influence is extremely low, and the actual findings of breach almost non-existent – four breaches in five years across all Free TV broadcasters, who are generating more than 25,000 hours of news and current affairs content every year. “

Ms Fair’s comments follow a government response to The Australian Competition and Consumer Commission’s Digital Platforms Inquiry, which included the introduction of a voluntary code of conduct to govern Facebook and Google’s actions on disinformation and fake news, that would be overseen by the ACMA.

Ms O’Loughlin said the ACMA was already in “constructive discussions” with the digital platforms in this area.

“Disinformation, fake news … know internationally that every country wants them to do something about it.”