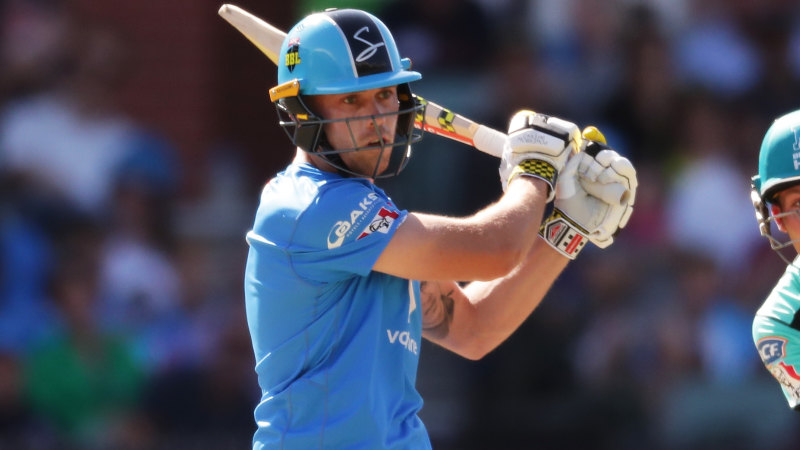 After bundling the Heat out for 100, Strikers openers Salt (67 not out off 38 balls, including five sixes) and Jake Weatherald (33 not out) made light work of the chase, reeling in the modest target with 55 deliveries remaining on Friday.

On the back of the Heat’s landslide seven-wicket win against Adelaide at the Gabba on Tuesday, it was an impressive bounce-back from the Strikers who leapfrogged past Brisbane and Perth on the table and received a huge net run-rate boost.

Weatherald was the early aggressor before Salt picked up the pace.