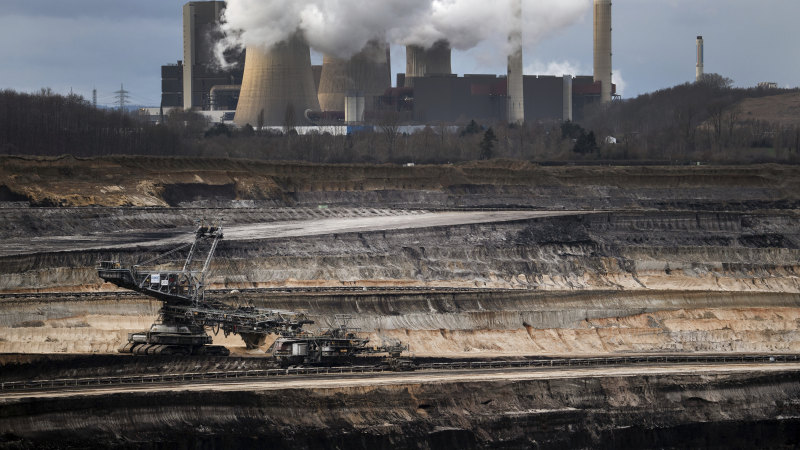 Though no doubt noble, the commitments are hardly unexpected, particularly on the back of the “greenwashing” claims Fink has recently had to contest.

For a long time, talk of green investing has been little more than hot air. It seemed to be more an offshoot of the fund management industry’s PR effort than a genuine building block of its investment philosophy. There has been a surge in ESG (environmental, social and governance) investment conferences.

The Bank of England Governor Mark Carney recently cautioned that £16 trillion ($25 trillion) of pension investments in fossil fuels could become worthless as the world switches to clean energy. The value of the sustainable and impact investing universe has comfortably surged into the trillions, so if anything BlackRock is quite late to the tree-hugging party.

And yet, the fund manager’s latest move does feel like something of an inflection point. Climate change isn’t a siloed section of Fink’s letter. It isn’t a chunk of text inserted to allow someone to place a tick in the governance box. It has clearly become a central pillar of overarching corporate strategy.

Most pertinently, perhaps, Fink spells out in no uncertain terms the inextricable link between doing good and doing well. In a financial system still very much driven by shareholder primacy – by economic greed, if you like – commitments to being better are toothless if a potential monetary benefit is not blatantly apparent.

Fink is tuning into this by speaking to chief executives in a language they understand. “Over the 40 years of my career in finance, I have witnessed a number of financial crises and challenges – the inflation spikes of the ’70s  and early ’80s, the Asian currency crisis in 1997, the dotcom bubble and the global financial crisis,” Fink writes.

“Even when these episodes lasted for many years they were all, in the broad scheme of things, short term in nature. Climate change is different. Even if only a fraction of the projected impact is realised, this is a much more structural, long-term crisis.”

His message is simple: climate change poses a risk that is at least as systemic to our financial ecosystem as the risk of excessive sub-prime lending or blindly placing giant bets on companies that will never make a profit.

Greta Thunberg’s haunting appeals might have fallen on deaf ears in most c-suites and corner offices, but if anyone will get the company bosses to sit up and listen it’s one of their own telling them that their livelihood is at stake.

Of course, Fink shouldn’t be praised too much just yet. Activists have been pressuring BlackRock for some time to commit to a greener agenda. Fink’s jaunts to Davos don’t make him a trailblazer. Scores of the titan’s smaller peers signed up to the Climate Action 100+ initiative years before BlackRock even considered it.

It’s also worth remembering that, as a gigantic passive fund manager, BlackRock will continue to be one of the largest investors in some of the world’s biggest corporate polluters. So far it has made precisely zero changes to the make-up of those passive funds, run under its signature iShares brand.

But Fink has used his platform to take a stand, issue a warning and appeal to those at the top of business in a way that very few others have the platform to do. He’s talking about “a fundamental reshaping of finance” because of what we humans have done to the world around us. He’s serious.

Money talks and BlackRock manages more of it than any other company. It has immense clout: it owns stakes in swathes of the publicly listed universe and – critically – it’s among the top shareholders in the majority of the world’s largest energy companies.

Fink has set the tone and others of all sizes will have no choice but to follow. Just a little more courage on Fink’s part to actually put virtuous words into concrete action could tip the balance.